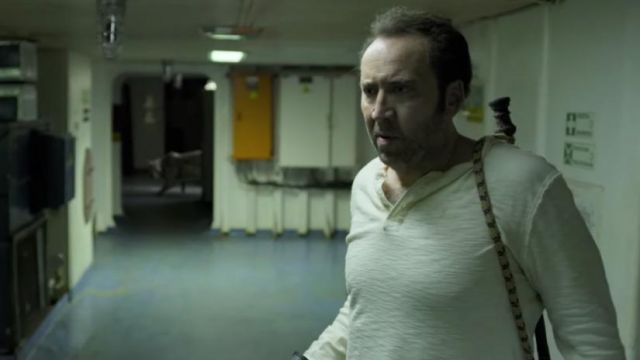 Nicolas Cage might not be the big name actor that he once was in the past, but he’s still busting out about three or four movies a year and some of them are still well worth your attention if you like ridiculous looking movies, as the trailer to his latest movie Primal shows.

The basic premise of Primal is that Nic Cage plays a big game hunter who is hired by zoos to capture endangered species. He’s travelling on a boat with a whole bunch of his latest captures – including a jaguar and some dangerous ass snakes – but the problem is that the boat is also transporting a very dangerous political assassin and when he escapes, he also lets all the animals loose as well to wreak havoc.

It’s basically Snakes On A Plane crossed with Con Air on a boat with a jaguar as well and if that doesn’t already sound stupid enough, check out the trailer for it below and see just how dumb Nicolas Cage can get in his later life:

I mean that does look really really silly doesn’t it? I can’t help but think that it didn’t look quite as silly or as stupid as something that would have come out twenty years ago starring Cage, but I suppose we should thankful that he’s still out here willing to appear in movies with as dumb a premise as this for our viewing pleasure. Hail to the king baby.

The movie doesn’t currently have a UK release date, but it’s hitting US cinemas on November 8th so hopefully it won’t be too long after that until it hits these shores.

For more Nicolas Cage, did you catch Mandy last year? Now that was a good movie.