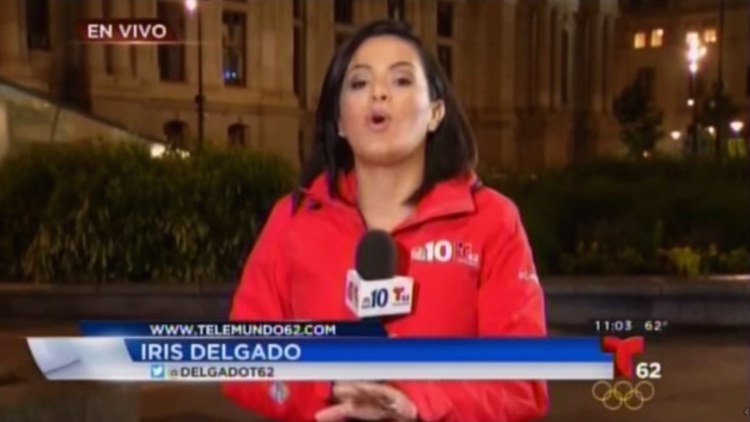 An apparently unprovoked assault was caught on camera this week when a random woman walked up to a Telemundo journalist who was reporting from the States, and punched her in the face.

The woman walks up to her, taps her on the shoulder and says ‘excuse me’. Iris totally blanks her (she’s working after all), and the woman responds by smashing her in the face.

Really no telling what the hell that was all about. This woman just rolled up looking like the female Kimbo Slice and punched poor Iris Delgado in the face for no reason.

On the bright side, at least Iris earned her journalism stripes that night. Just like this Aussie reporter who got attacked by a fake pastor for calling him a serial pervert conman.