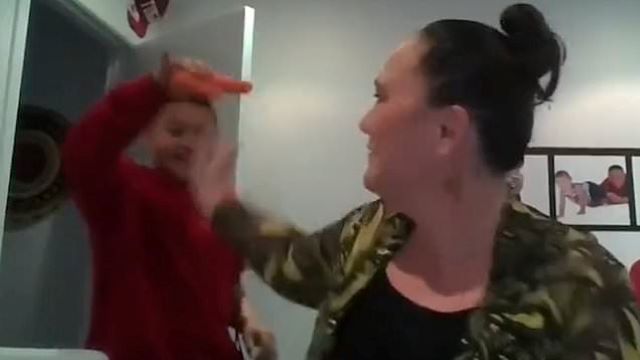 It’s always a good time when someone is giving an important interview on live TV and is interrupted by their kids storming in and raising havoc, and this week it’s the turn of New Zealand’s social development minister Carmel Sepuloni.

Last thing she expected to be doing was wrestling a carrot cock out of her kid’s hands on live television, I’m sure…

That moment when you’re doing a LIVE interview via Zoom & your son walks into the room shouting & holding a deformed carrot shaped like a male body part. 🙄🤦🏽‍♀️ Yes, we were almost wrestling over a carrot on camera, and yes, I’m laughing about it now but wasn’t at the time! 🥴 pic.twitter.com/oUbcpt8tSu

Just goes to show, the more adults think they have everything under control, with or without technology, the more their kids will show up to remind them how truly little control they have. At least it was a carrot and not something else, I suppose. Maybe lock the door next time just to be on the safe side?

To watch an HS2 worker kneel on a protester’s neck for lobbing carrots at him, click HERE.