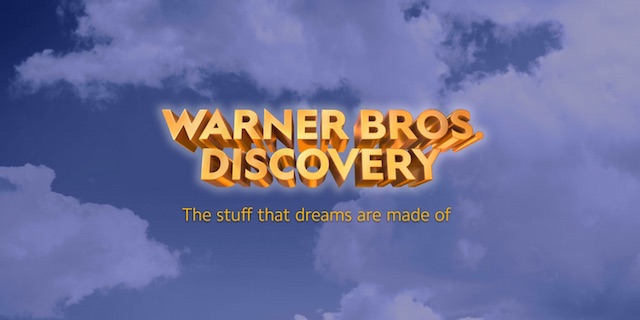 There’s nothing better than when a massive company debuts a new logo and its mercilessly trolled on the internet for looking like absolutely dogshit and this has thankfully happened once again after Warner Bros merged with Discovery to create one of the U.S.’s biggest media companies.

You would think that if you were going to create the world’s biggest media company then you might take some time to come up with a badass new logo, but unfortunately this hasn’t been the case whatsoever, as it looks like they asked an intern who has never used a computer in their life to come up with it. The logo was announced during a town hall with Discovery CEO David Zaslav – who is set to be the head of Warner Bros Discovery – and was suitably rinsed by everyone on the internet within about five minutes of it being released.

I’m just glad to see Hollywood embracing an austere vibe and obviously spending $0 dollars coming up with a name for the combination of Warner Bros. and Discovery while using a free clipart CD with Windows 95 to design the logo. pic.twitter.com/fbk1dPZw2k

For a brand that’s now existed for about three days, the Warner Bros. Discovery logo sure has ’25-year-reunion-vibes’ pic.twitter.com/nySfXkyMr2

The same team that made the Warner Bros Discovery logo should do one for my podcast pic.twitter.com/SgO3M0AFCQ

I had to check if this was real but it is. Warner Bros unveiled its new logo after announcing its merger with Discovery. The WB logo is instantly recognizable so it’s neat that they got rid of it for something it looks like I spent 5 minutes on to put in a mock-up. pic.twitter.com/Gfdc9eriTC

I don’t mind the name “Warner Bros. Discovery.” What I mind is that “logo” that the Animaniacs would no doubt have a field day writing a song about.

There is some good news for the company/potential fans of the company though as apparently this isn’t the finished logo but instead an ‘initial wordmark’ for the merger. No, I have no idea what that means either but I guess we can assume that after the initial reaction to the logo, they’re going to take some time away from it and come up with something better. It can’t be any worse, can it?

For more of the same, check out this old article we did about ten of the worst websites ever. Definitely a lot of Warner Bros Discovery vibes going on there.