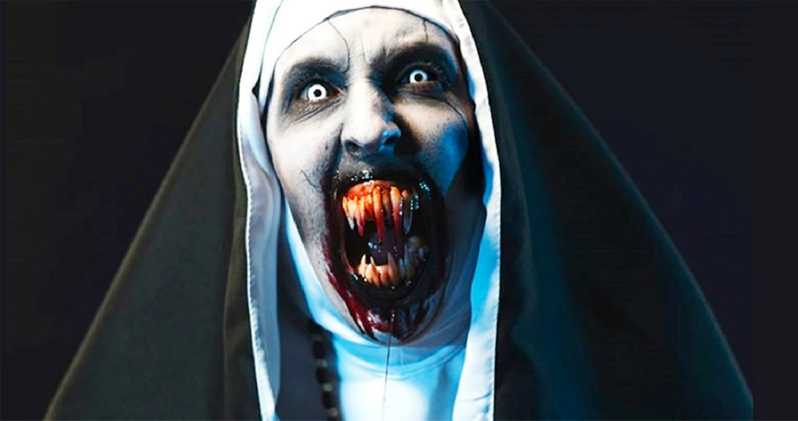 In the past few years, The Conjuring/Annabelle franchise has by far and away been one of the most successful new horror series out there, so it’s no surprise that the trailer for the latest one has people complaining for being completely and utterly terrifying.

The latest movie is called The Nun and it revolves around a bunch of people heading to The Vatican way back when to investigate a nun’s suicide only to find a demonic version running around in her place and scaring the crap out of people.

You can view the full trailer below and whilst it is quite scary with at least one big fright, it’s not actually this version that people are complaining about. Check it out and I’ll tell you why underneath:

Oh boy that bit at the end was pretty creepy wasn’t it? I suppose if you’re ready to watch a trailer like that though then it isn’t actually that scary; but it turns out that there’s a 5 second version of it doing the rounds as an advert on YouTube which plays before the video you’ve chosen and is timed so it can’t be skipped that’s scaring the crap out of everyone.

In fairness, it is kinda mean to not be expecting anything when you’re about to watch a cutesy videos of some dogs rolling around and then see that freaky goddamn nun jump out of you so I can understand why people are complaining about it. I gotta say it’s an absolutely genius marketing technique from whoever came up with it though. Bravo.

For more horror movies, check out the trailers to some of the best ones this year. Awesome.