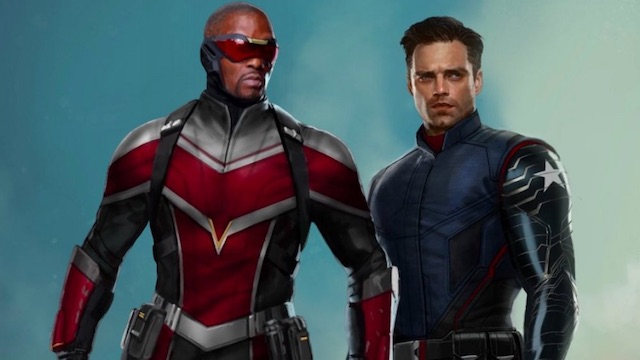 It’s well known that all the best adverts are saved for the Super Bowl, so it was hardly surprising to see that Marvel debuted a new trailer for their ‘Falcon And The Winter Soldier’ series during the event.

Not really much else to say other than that so we might as well just jump straight into it. Expect loads of action and little digs between the two leads because that’s what the show is all about, right?

Are you ready? Watch the brand-new trailer for @MarvelStudios’ The Falcon and the Winter Soldier and start streaming the Original Series March 19 on #DisneyPlus. #FalconAndWinterSoldier pic.twitter.com/09qbLUiS7e

Yeah, that doesn’t really show us too much different to the other trailers aside from a little badass bit with Sharon Carter, but I was kinda hoping for more idea about what the actual plot of the series was going to involve. Everyone is raving about ‘WandaVision’ at the moment though and that had pretty much the same treatment when it came to trailers, so hopefully this will be the same when it comes to ‘Falcon And The Winter Soldier’ too. Just gotta wait until March 19th when it starts streaming.

For more of the same, check out the trailer for ‘Loki‘. That looks like it’s going to be badass as well.