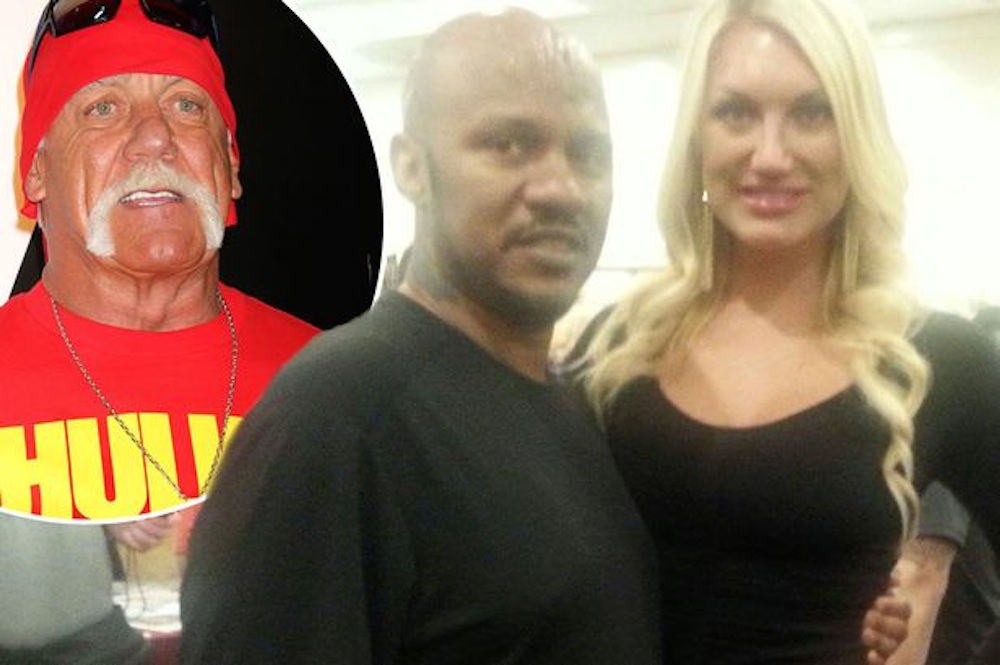 One way too respond to racism is to post a picture implying that you’re banging said racist’s daughter.

In case you didn’t hear, a racist rant from Hulk Hogan from years ago was discovered on Friday and it’s led to his contract with the WWE being terminated and literally all mention of him being taken off of their website. The audio of the rant hasn’t been made available yet but this is allegedly part of it, which is pretty serious and unrepentant and kind of sounds like Hulk’s been on the blow:

Wow. What the hell is he talking about there? In any case, a lot of fans and WWE related people have actually shown their support for Hulk, saying that what he said has been taken out of context and he shouldn’t be getting so much crap about it as he is. In fairness to him he has apologised and seems genuinely sorry about the tape getting out there, but then again you probably would act like that if you got fired and your whole reputation was in tatters. Bear in mind that Hulk Hogan is an outrageous liar as well – check out these 9 ridiculous lies he’s spouted over the years as evidence if you don’t believe us – and it seems likely that he probably is a racist.

One person who is convinced of that and doesn’t seem to have any sympathy for Hulk though is former ECW favourite New Jack. Although he isn’t exactly a household name, New Jack is a legend amongst anyone who has ever watched ECW because he would just walk around the ring throwing trash cans at people and stapling their heads. New Jack clearly wasn’t happy about what Hulk had said and decided to retaliate by posting a photo of Hulk’s daughter Brooke on his Facebook page implying that he had banged her. Oof – shots fired or what? Here’s the message, posted on the page that uses his real name Jerome Young:

Wow, he isn’t leaving anything to the imagination there is he? Hopefully this can lead to a feud between them in TNA or whatever crappy promotion they’ll end up in now both of them are completely old and washed up. We can but dream about a 30 minute snooze fest of two old fat and slow wrestlers doing the few moves they know and New Jack stapling Hulk Hogan’s head repeatedly.