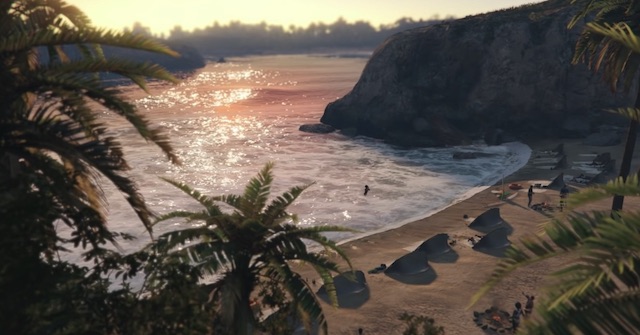 This is gonna be sick.

It’s been a long, long time since GTA V was released and whilst most people are sitting around waiting for GTA VI to show up there are still millions of people playing the online version of the game and being rewarded with completely sick new content like this new Heist where you’ll be robbing a whole island called Cayo Perico.

The update has been described as the biggest adventure yet and will arrive on December 15th. The objective of the game is to loot the island and you’ll be able to co-ordinate this operation from a submarine off the coast and also have the choice of doing it on your own as opposed to with your usual team of four.

There’s also loads of new social spaces on the island. with new DJs, radio stations, and over 100 new songs, alongside the usual additional vehicles and weapons. Take a look at the trailer below:

Yeah, they’re not really giving much away there are they, but it certainly looks like it’s going to be completely sick and to be honest how could it not be considering you’re breaking into a private island to loot it from a submarine and it’s GTA? You know that’s a recipe for a good time and it’s going to be awesome.

It’ll also definitely come out which is more than we can say for Cyberpunk 2077 and it’s supposed release date. Let’s hope that one sticks to it because this gameplay trailer looks absolutely amazing as well.