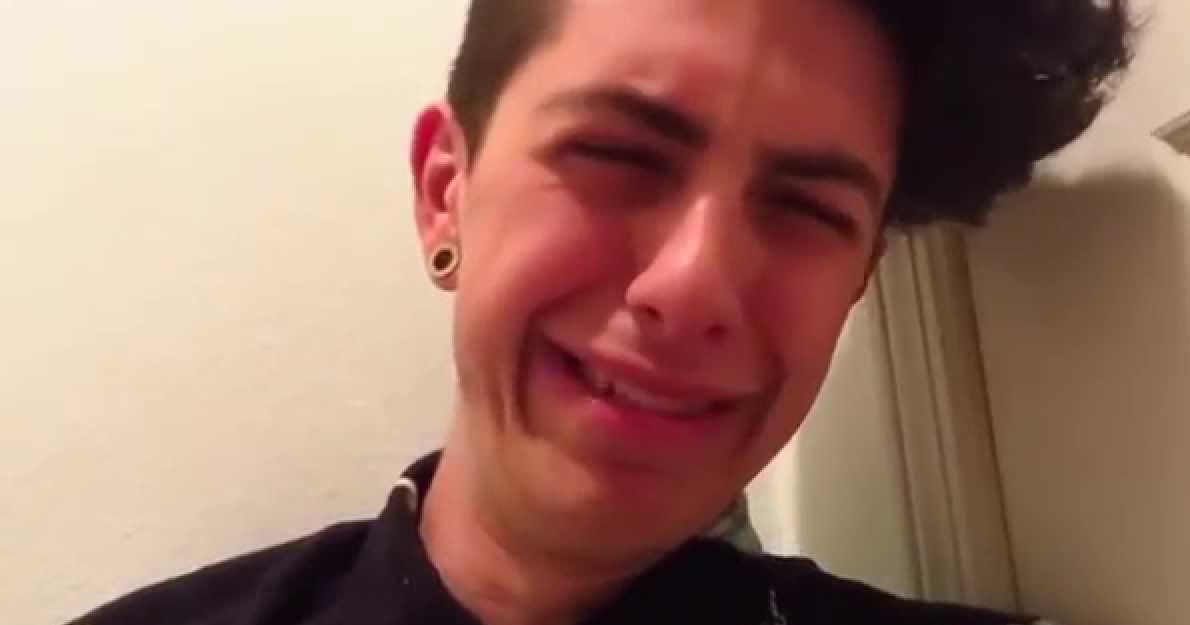 What could this mean for the future of the vlogger?

Nowadays social media stars are a force to be reckoned with and are pretty much inescapable. Vloggers are often seen doing ridiculous things in the news that normal people could rarely achieve; such as meeting the pope, interviewing the president or your making videos starring alongside real life celebrities.

You may have noticed that #YouTubeIsOverParty has been trending in the UK following some new changes to the YouTube content guidelines. Many big name YouTubers that rely on advertisement revenue as their primary source of income are speaking out about the developments that could threaten their way of life. Although some creators have other sources of income from merchandise sales and brand deals, it’s thought that these new rules will still have a massive impact on livelihoods and uploads.

But is everyone overreacting? Here are the newly imposed guidelines from the fun police:

This is the end game of allowing all your content to be swallowed up by social media ghettos. #YouTubeIsOverParty pic.twitter.com/ckSNa8YUmj

Essentially any videos containing swearing, sex jokes or anything relating to the news are completely out of the question. Obviously this will also directly inconvenience YouTubers who have casually sworn in their previous videos. It may also greatly effect the world of indie journalism, as vloggers will no longer be able to gain revenue from expressing their opinion on world events and would potentially put off budding DIY news presenters.

Sharing personal stories will also come under scrutiny as socially positive content such as coming out stories, videos calling for charitable donations, and calling out abusers may not be able to reach their intended audiences. In a live Periscope stream, YouTuber Gary C stated that, “LGBT communities will suffer. Would Coca Cola openly sponsor two gays? More often than not [big brands] don’t. Gay people are not being supported by big brands.”

Notoriously sweary YouTuber who has been using the platform since the very beginning, Phillip De Franco, took to the platform to tell his “beautiful bastards” that his videos are no longer deemed advertiser friendly in a video titled ‘YouTube Is Shutting Down My Channel And I’m Not Sure What To Do’. Have a watch for yourself.

In a world seemingly driven by the social power of the YouTuber, how will this effect our culture?

Probably not at all. These guidelines have already been in place for nearly a decade and the main culprits have been abusing the rules and getting away with it for a long time. My own YouTube channel was booted off the partnership programme for linking to my apparently inappropriate Tumblr blog back in 2008 and I’m surprised so many rule breakers have gotten away with their actions thus far. Although I’m 100% against censorship in all forms, these are not new issues.

In a follow up to his previous video, DeFranco is sent a statement from YouTube that says:

While our policy of demonetising videos due to advertiser-friendly concerns hasn’t changed, we’ve recently improved the notification and appeal process to ensure better communication.

Basically meaning that this was happening all along except now they’ve decided to notify the creator when videos are effected, as before they were turning off revenue streams from offending videos without warning.

Before AdSense was bought into fruition in March 2006 over a decade ago, creators made content about what they wanted to for no monetary compensation. Thumbnails didn’t contain click bait inducing graphics. People created for the love of it alone. Content on the site was more abstract and less financially driven but as always, things change and websites need to be profitable in order to survive. It’s amazing that some will be paid for what they love doing but nowadays it feels like the vast majority are either in it either for the easy fame or the money.

The strictly enforced rules could force YouTubers to be more creative in the content they upload, or may put some people off uploading altogether.

Perhaps if you don’t want your children to watch inappropriate content, you should make sure that you know what they’re up to online. Failing that, you could show them this video about the real life paedo clowns trying to lure kids into the woods and scare them away from the internet for life.