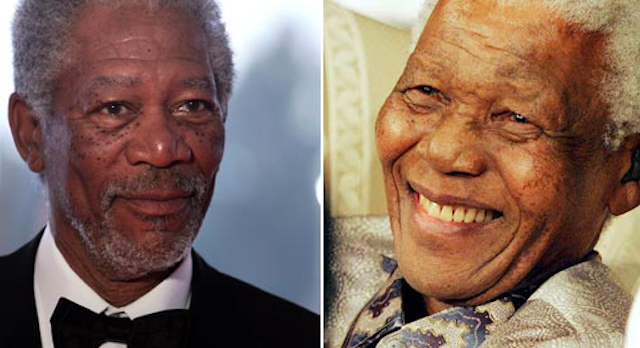 You would think someone would be able to tell the difference between Morgan Freeman and Nelson Mandela, but in reality they can’t.

Another day, another ridiculous error that really should have been spotted that somehow wasn’t. Yes, it is true that Morgan Freeman played Nelson Mandela in Invictus a few years ago, but is that really grounds to get the two confused when designing a memorial plaque for the latter? You wouldn’t think so, but apparently it is and it’s exactly what happened to an anonymous Indian businessman who financed a billboard in Coimbatore, Tamil Nadu.

He’s stated that the image will be switched with that of Mandela, and shifted all blame off himself by saying that it was the fault of the designer. I mean, he probably didn’t have to approve the final artwork or anything, right?

The Tamil language text on the billboard says ‘We should be proud that we were part of an era when they lived,’ and this statement could probably apply to either Morgan Freeman (you know he is kind of a world treasure) or Nelson Mandela, but the Indian businessman assures us that it was supposed to be Nelson Mandela. Not sure if I believe him though. 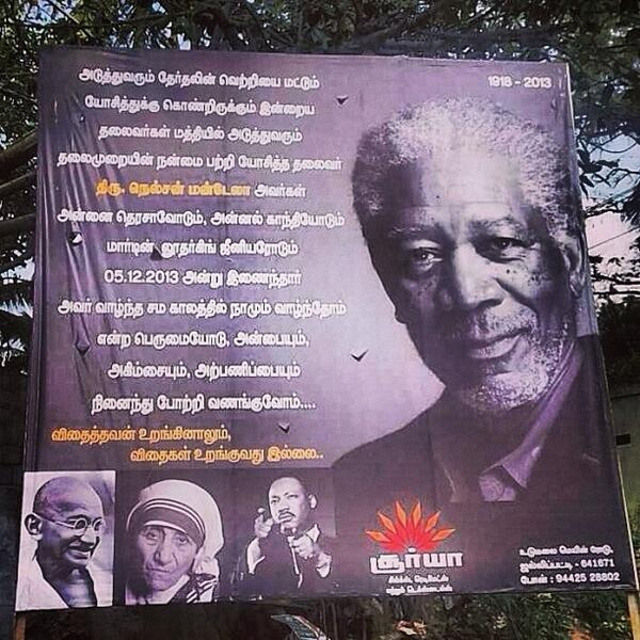