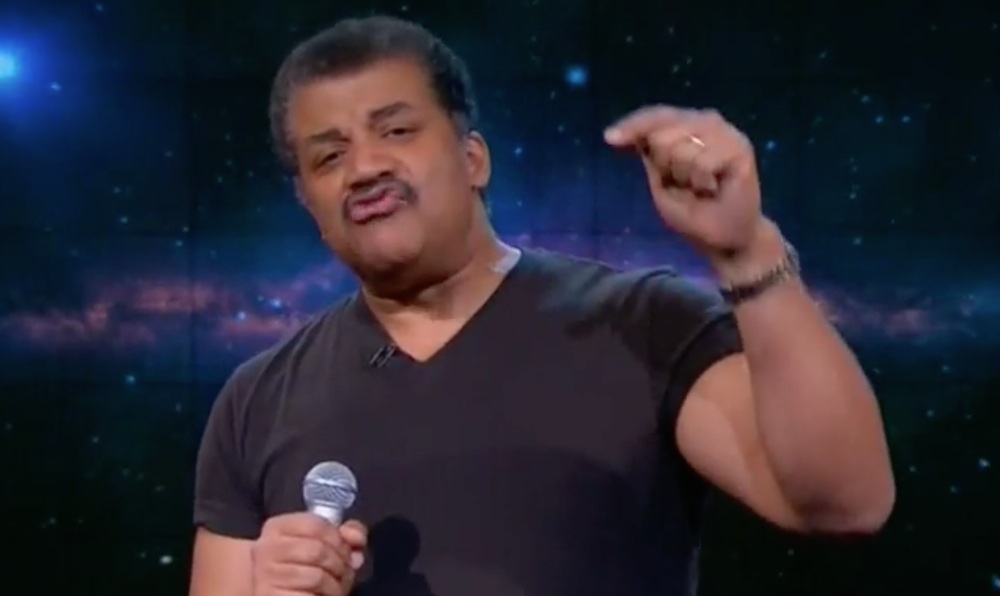 This is one hell of a diss.

I asked how the beef between Neil DeGrasse Tyson and B.o.B. over whether the Earth was flat or not would escalate after the two diss tracks emerged yesterday, and today I’ve got my answer as Tyson appeared on The Nightly Show last night.

In what was described as a ‘science related emergency’, host Larry Wilmore had to get someone in to sort it out and the super scientist himself showed up. He then proceeded to grab the mic and lay out a freestyle diss combining science and attitude which should leave B.o.B. with absolutely no doubt who has won this ridiculous rap feud:

That ‘this is called gravity’ burn at the end is pretty dope right? He dropped the bomb on B.o.B. right there and then son. Ain’t nobody messing with my boy NDGT after that diss. Sure, he stumbled a couple of times but it’s all about that mic drop and F-bomb at the end. Damn son.

This might sound dumb, but if B.o.B. really wants to prove the Earth is flat, why doesn’t he start walking in one direction and never stop? If the Earth is flat we’ll never hear from him again, but if it isn’t then he’ll eventually come back to the point where he started. Either way we don’t have to hear from him for a while.

You might as well have another listen to B.o.B.’s pathetic rap about flat Earth one more time though, because it really is that funny.