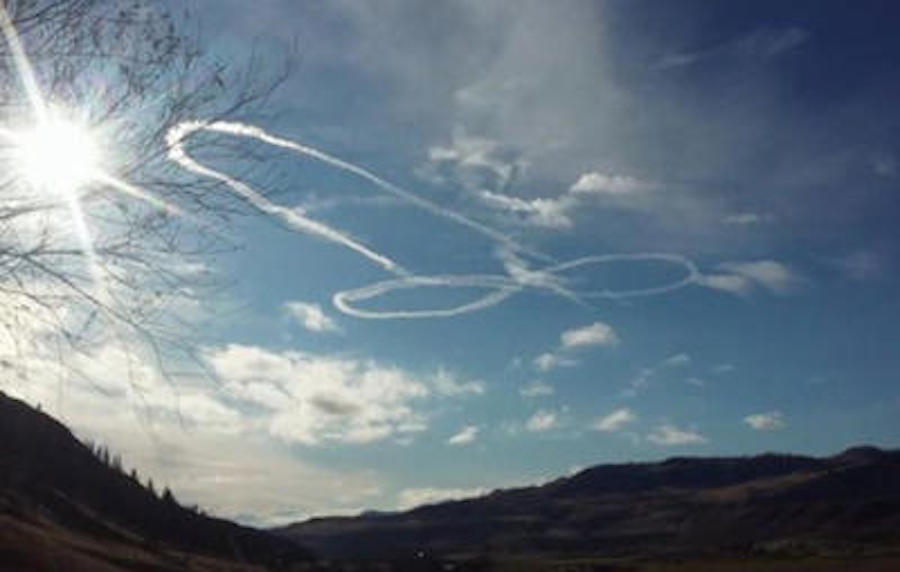 If you’re a member of the army or navy, then chances are that you’re gonna have to spend a lot of free time when you’re station somewhere away from home trying to entertain yourself somehow and that’s probably how stuff like this story ends up happening.

A couple of days ago, residents of Okanogan County, Washington noticed a new addition to their skyline and immediately their findings to Twitter to share with the world. You gotta love this:

The most monumental thing to happen in omak. A penis in the sky pic.twitter.com/SM8k1tNYaj

Jokers. Insanely nobody really wanted to take credit for such fantastic artwork, but the navy decided to conduct an internal investigation to find out who it was and the local Naval Air Station at Whidbey Island  delivered the following statement:

The Navy holds its aircrew to the highest standards and we find this absolutely unacceptable, of zero training value and we are holding the crew accountable.

Geez talk about cranks huh? Get over it and live a little. No idea what ‘being held accountable’ for their actions in this context means. Fined a week’s wages? Fired? Banned from flying? I guess we’ll have to wait and see but let’s hope it was worth it to draw a dick in the sky – I know it made my day at least.

For more dicks, check out this Glasgow firework display that created a massive dick in the sky. Magical.