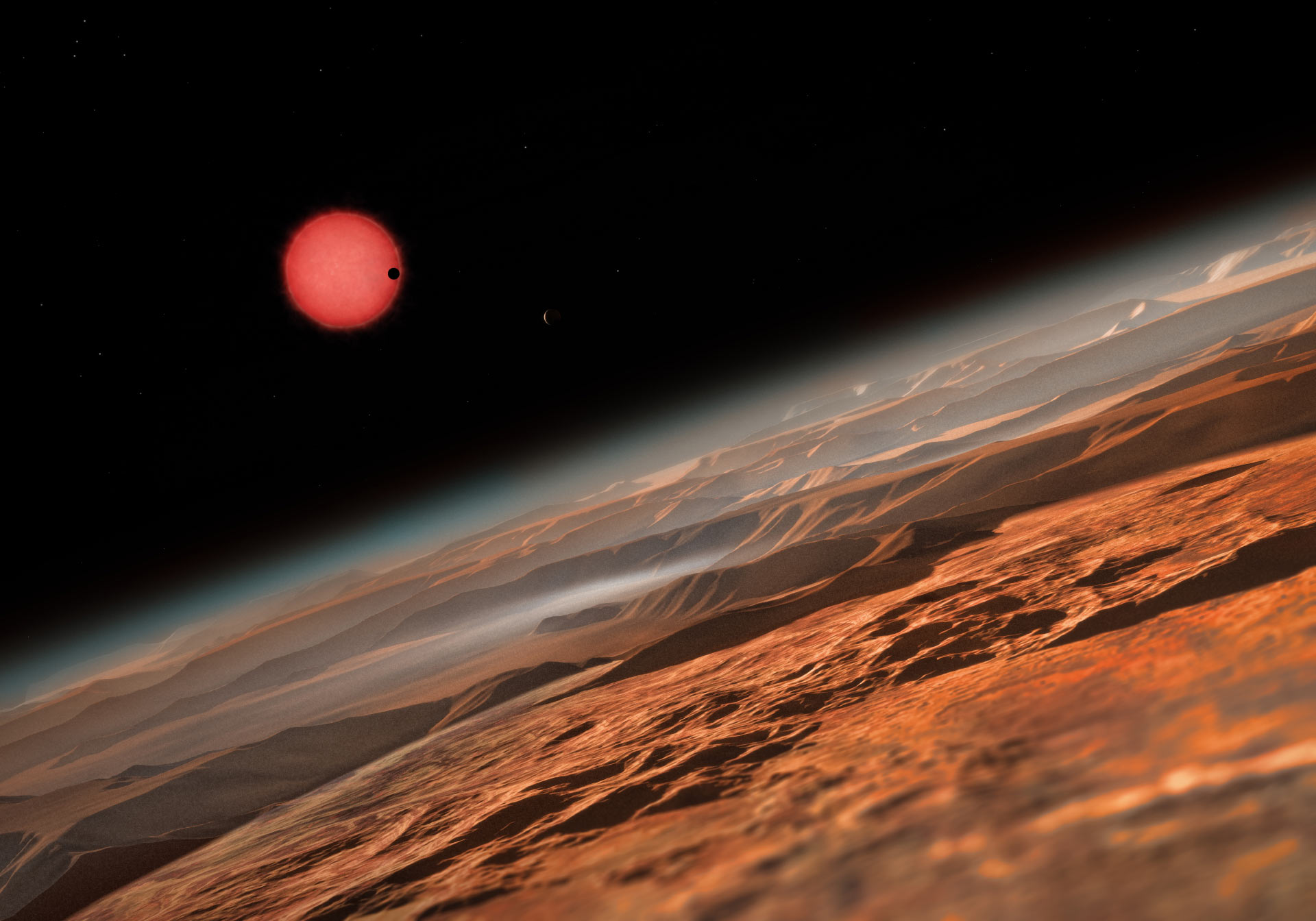 They weren’t joking when they said they had big news.

NASA have been teasing a huge announcement for the past few days and they finally came clean about it yesterday in this Instagram post, which for once (when it comes to NASA’s announcements) wasn’t actually that disappointing.

Big-ish news right? Although it doesn’t really say anything except there MIGHT be alien life up there, it’s still kind of exciting that it’s a very real possibility.

However, don’t get all excited just yet. The project’s leader Michaël Gillon of the University of Liège in Belgium has already dampened expectations by saying the following:

They are very close to their star and are reminiscent of the system of moons that orbit Jupiter. They could have liquid water and life.

The Trappist I system is a quiet star with relatively few solar flares though. This means that it’s almost definitely tidally locked – one side of the system faces the flares and the other faces the other direction.

The massive temperature differential that this creates means that it would be difficult for life to survive on either side.

Way to bum us out already Gillon. Still, there is hope and that’s an important thing – I bet Tom DeLonge is absolutely loving it, especially as the former Blink 182 singer is about to release a book on the subject. Whackjob.