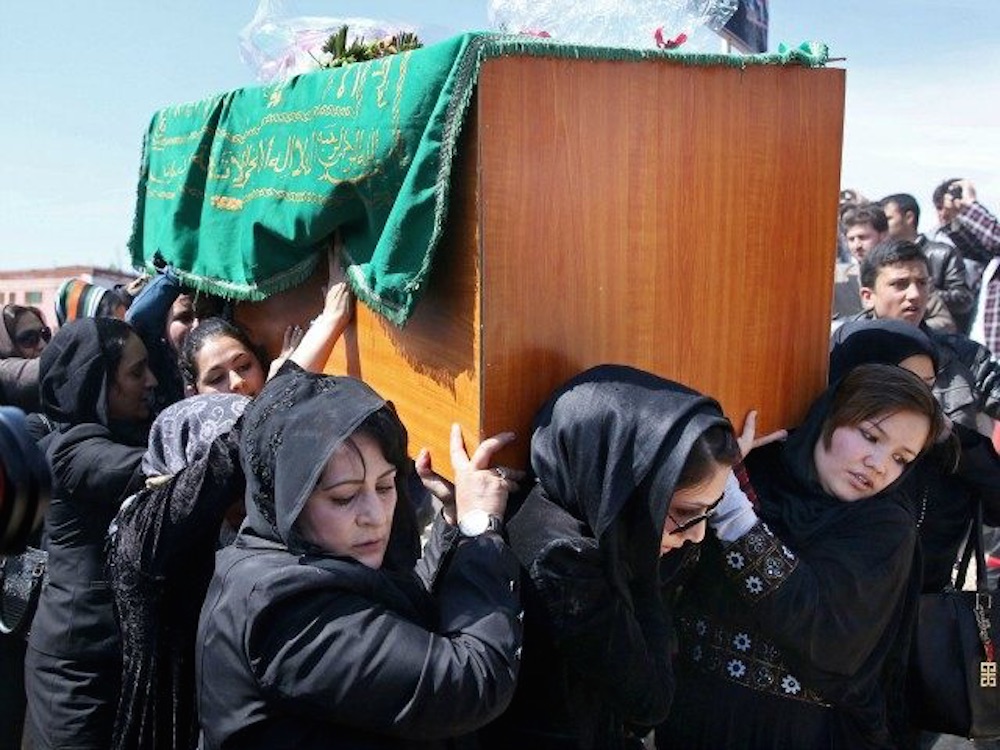 Just another heads up, this is a particularly upsetting and gross story.

The New York Times is reporting that over in Kabul, Afghanistan, a 27 year old Muslim woman named Farkhunda Malikzada was literally ripped apart, killed, run over and then set on fire after she was accused of burning a copy of the Koran in a mosque. Two days later it was found out that she didn’t actually do this, but was instead defending the Muslim faith against men who were trafficking amulets, Viagra and condoms into the temple.

The New York Time released the below video chronicling her final hours, as many people filmed the events but did little to try to help her. In fact most of the people filming were probably joining in. It should be noted that the police force did try to help her, but it looks like they gave up when the crowd became too overwhelming.

The New York Times have released this video to try and illustrate how Afghanistan hasn’t really changed that much despite 14 years of US occupation and literally billions of dollars spent on trying to establish the rule of law over there. Evidently, when stuff like this happens, the rule of law isn’t exactly that effective.

They also note how the justice system and trials that followed these events – which took place last March – are deeply flawed too:

At first, the trial and convictions that followed seemed a victory in the long struggle to give Afghan women their due in a court of law.

But a deeper look suggests otherwise. The fortuneteller who several investigators believe set the events in motion was found not guilty on appeal.

The shrine’s custodian, who concocted the false charge of Quran burning and incited the mob, had his death sentence commuted.

Police officers who failed to send help and others who stood by received slaps on the wrist, at most. Some attackers identifiable in the videos avoided capture altogether.

Afghan lawyers and human rights advocates agree that most of the accused did not receive fair trials.

Farkhunda’s family, fearing reprisals and worried that the killers would not be held accountable, fled the country.

Clearly, it doesn’t look like the billions of dollars spent on trying to develop the country or the countless hours that have been put in have managed to change anything at all. A really, really sad state of affairs.

For more information on Afghanistan, check out this in depth look at how the Opium trade has completely ruined the country.