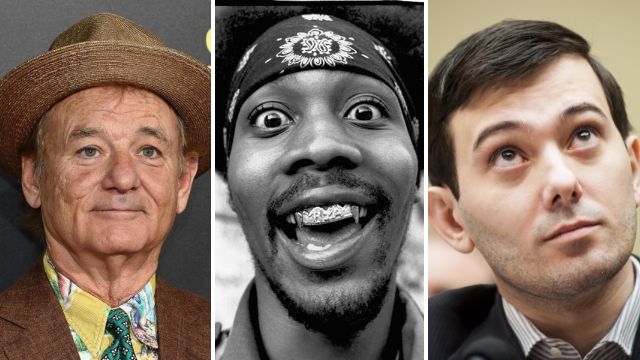 This has got ‘hit’ written all over it.

You probably remember last year that the most hated man in the universe, Martin Shkreli, purchased the only copy of the new Wu Tang Clan record and for some reason they decided to insert a clause in the contract saying that Bill Murray was allowed to steal it back off him with no repercussions.

Well, two geniuses named Lauren Gundrum and Joel Eshe have decided that this is the perfect premise for a musical and are currently crowdfunding the production of ‘Martin Shkreli’s Game: How Bill Murray Joined The Wu Tang Clan’. It’s set to be premiered in New York at the Midtown International Festival in a couple of months.

If you’re lucky enough to live in New York and fancy yourself as a bit of a thespian then they’re currently holding auditions for a number of roles. These include Shkreli and Murray and members of the Wu Tang Clan like RZA, GZA, Ghostface Killah and even Ol’ Dirty Bastard who died in 2004.

If you’ve got your heart set on playing Martin Shkreli though, you might have a bit of competition – it turns out that the man himself is keen on playing his own character in the musical and also funding it:

I will reluctantly star in and fund this new musical @shkrelisgame. Sorry all of you Broadway bros but my time is now.

That fucking guy. Still, chances are his character in the play isn’t going to come out of it looking too hot, so it might be funny going to see him play a caricature of himself and look like an absolute dickhead. I’m down.

For more reasons why Martin Shkreli is a dickhead, click here.