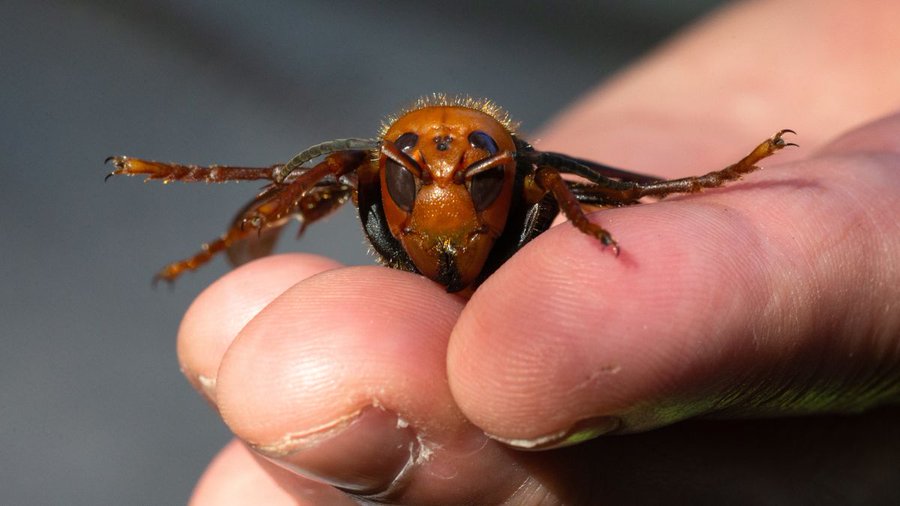 Remember earlier this year when everybody freaked out over the stories of murder hornets and then nothing happened so we just forgot about them and assumed they’d gone away?

Welp, not only are they back, but according to Gizmodo, they’re about to enter their ‘slaughter phase’…

Washington State officials are frantically searching for a colony of Asian giant hornets—also known as murder hornets—before the invasive species enters its “slaughter phase.” Because of course that’s a thing.

Washington State Department of Agriculture personnel kicked off a campaign this week to uncover a murder hornet colony following a string of sightings near Blaine, Washington, the New York Times reports. The hornets are about to enter their “slaughter phase,” a period in their life cycle when they descend upon their prey of choice, bees, in droves to harvest them for food, state entomologist Sven Spichiger said in a virtual press conference Friday.

So the good news is that the slaughter phase involves murder hornets massacring bee colonies as opposed to the entire human population, so perhaps not evidence that 2020 is trying to wipe us all out just yet. Regardless, you probably wouldn’t want to come across one of these things while it’s in slaughter mode. I mean the article says officials are still “frantically searching” for these colonies of murder hornets, so it’s not like we have the situation under control.

After all, there’s 3 months to go in 2020 which means plenty of time for things to go horrifically wrong and murder hornets to develop a taste for humans. Would it even be that surprising at this point?

Or maybe it’s just a part of the Biblical end of times. Think about it. We already have a plague/virus. The hornets (by eliminating the bee population) could cause a famine and add that to the current political landscapes around the world and you’ve got yourself a real recipe for disaster.

Only the Japanese bee can save us now – here’s a video of a bunch of them teaming up to cook a murder hornet alive:

Pretty awesome. Time to import some of these bad boys in case the murder hornets start getting any ideas.

To watch a battle to the death between a bee and a wasp, click HERE.