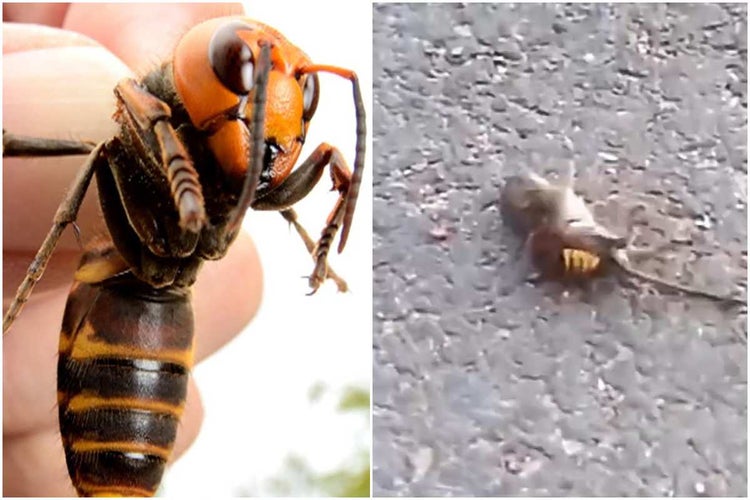 For those that missed the awesome news over the weekend, Asian ‘murder hornets’ have now invaded America and are ready to sting the hell out of everybody, as though 2020 hasn’t been exhausting enough already.

If you’d like some idea of what these buggers are capable of, get a load of this murder hornet attacking a mouse in the clip below:

I think I speak for everyone watching that clip when I say… “fuck that”. This murder hornet just executed that mouse for no reason whatsoever. It’s not like he’s going to eat him or anything, he just stung the poor fella to death for one reason and one reason only – because that’s what murder hornets do. Terrifying!

It’s probably a good thing that this video is doing the rounds because we need to raise as much awareness as possible as to how dangerous these things are. Although, what are you supposed to do if you’re attacked by one? Just run off screaming I guess. Not much else you can do. Yet another reason to stay inside and quarantine for the Yanks. Let’s hope these murder hornets don’t find their way to the UK anytime soon.

To watch a battle to the death between a bee and a wasp, click HERE. Murder hornet would wipe the floor with both – just saying.