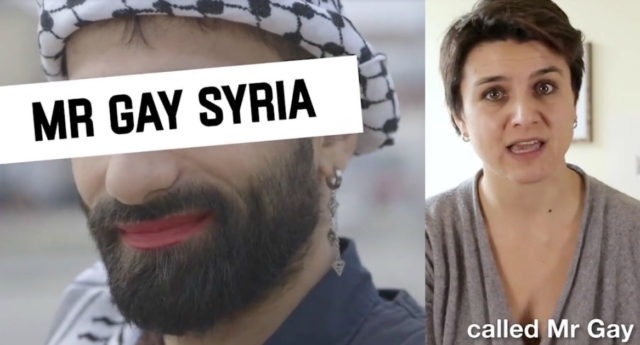 When you think of Syria, I’m sure that probably one of the last things that comes to your mind is homosexuality or an LGBT scene, but that’s exactly what a new movie seeks to chronicle.

The competition is held in Istanbul, Turkey and invites Syrian men from all over the world to compete and the movie sort to record the journey that several contestants faced in getting there. It is decided via a written test concerning human rights, a talent round, and then a costume round. The winner was decided through a combination of both judge and audience votes. The winner was declared as an ambassador for the Syrian LGBT community.

Unfortunately, ambitious plans to document the Mr Gay Syria competition – which seeks to challenge stereotypes about the Middle Eastern Country – may be unable to come to fruition due to a lack of funding. The director Ayse Toprak said the following:

The contest was very much a community event.

It wasn’t just the votes of the judges that counted, the audience votes also mattered. So you can imagine what a spirited event it was.

Unfortunately I need $30,000 to complete the post production work so the movie can be seen. I hope that I will be able to achieve this total via donations.

The winner – 24 year old Hussein Sabat – is desperate for the film to be completed so he can tell his story:

I was with my boyfriend  Zakaria for four years, but three years ago ISIS beheaded him.

They sent the execution video to his family – his mother almost went crazy and I couldn’t speak for a month.

Everyone is scared of ISIS but it doesn’t stop me from living my life. I won’t let them be a barrier and I hate them more than I’m scared.

I want to show that Syrian gays are not just bodies thrown off buildings by ISIS; we have dreams and ideas and we want to live our lives.

Of course we were nervous but we we’re excited – we all wanted to be Mr Gay Syria to do something empowering.

Fair play for standing up for what you believe in and hopefully the movie and the event will help the Syrian LGBT community. If you want to donate, then click here. They’re doing pretty well so far.

For more on Syria, here’s an intimate interview with a Syrian refugee. Read it.