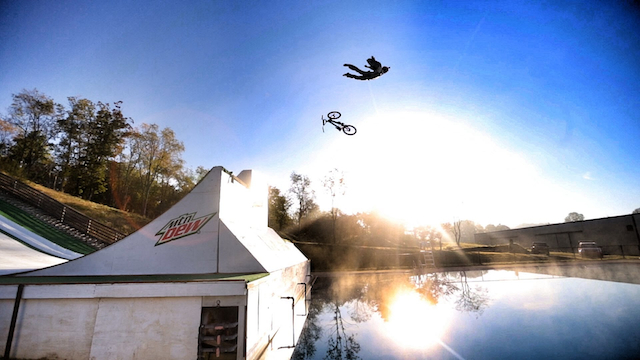 The Mountain Dew road trip is on and they’re travelling around the country performing loads of the sickest stunts ever, including the ultimate slip and slide launch pad.

There’s an event going on right called the Mountain Dew Road Trip where this guy called Devin Supertramp has teamed up with Mountain Dew to travel around the country and set up loads of outrageous stunts, I guess to try and help promote Mountain Dew as a fun loving extreme drink.

It’s been going on for a couple of weeks now but this is definitely the best stunt they’ve managed to film yet. I think the name Ultimate Slip And Slide Launch Ramp probably gives away what it’s all about, but it doesn’t convey anywhere near how fun the video is as it has guys going down the ramp wearing suits and riding bicycles, a bunch of cool camera angles and a whole load of amazing flips and stunts.