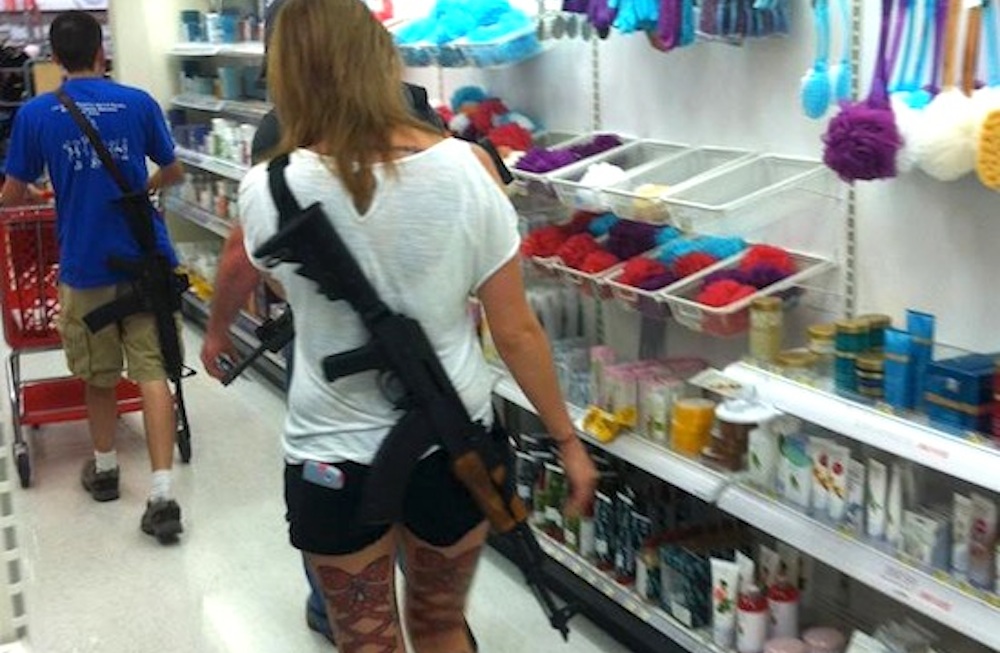 This surely isn’t a good idea, is it?

We’ve featured American’s most violent city and a bunch of photographs from it on the site before, but that was talking about Flint, Michigan whereas this video is concerned with Detroit. They’re both in Michigan though so it’s safe to say that that’s a pretty dangerous and violent part of America, and at least one of those cities can have the honour of being the most violent city in America.

This next fact about the open carry law in Detroit is absolutely unbelievable though. Basically up there as long as you’re travelling on foot and are a legal gun owner over the age of 18, then it’s perfectly alright for you to walk around the city with a semi automatic weapon strapped to your back like it’s not big deal at all. This is exactly what the group in the video below do.

They’re called the Hell’s Saints and they’re led by a guy called James Baker. He argues that the Saints do this in order to raise awareness of the fact that everyone in the state is legally allowed to bear arms and carry them at all times, and also because he feels a lot safer carrying around a semi automatic weapon because he’s genuinely worried that with all the shootings going on in his country that he might get caught out if he doesn’t carry a beast of a weapon with him at all times.I can possibly understand that but it just seems like it’s completely fake, as other people interviewed in this video say that these guys marching around with their huge guns all day make them feel unsafe, and I don’t think turning the city into a war zone where different vigilante groups and militias fight each other is the best idea either.

On the flip side though some people do say that the presence of the Saints makes them feel a lot safer, I just find that completely bizarre though because they look like they could just open fire on anyone at any moment, despite what they’re saying. It’s a real weird one that’s for sure. I’m probably not going to visit Detroit any time soon, put it that way.