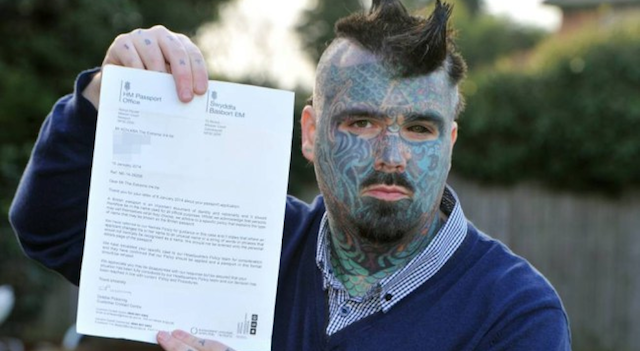 The most tattooed man in Britain has been denied a passport for a reason that is either really stupid or breaching his human rights, depending how you look at it.

As it goes, ‘King of Ink Land King Body Art The Extreme Ink-Ite’ is a bit of a mouthful of a name, but should it be a reason to be denied a passport?

Good question, and one that has unfortunately been shoved into the limelight after Body Art (the short version of his name) was denied a passport by the Passport Office, pointing to a section of their policy that states that ‘strings of words or phrases’ are not permissible for a passport. Interestingly though, his name already appears on his driving licence, and you would think that the same policies governed all government agencies. Clearly though, they don’t.

Body Art – who was once known as Matthew Whelan before he spent £30,000 covering his entire body in tattoos – plans to appeal against the decision, stating that the Passport Office’s refusal to issue a passport with his new name, which has been legally changed by deed poll – is a breach of his human rights. He’s saying this because they want to use his birth name on the passport but Body Art is saying that that isn’t actually his name anymore. That’s some deep philosophical arguing there.

As stupid as Body Art’s new name is, we’re rooting for him and hope he manages to get his new name on his passport. I mean who are we to deny someone a name, even if it is the kind of name that nobody over the age of six would actually take seriously or think was a good name.

If nothing else, it would be worth it for the moment when every single person he shows it to at the airport looks at him and thinks ‘what a weirdo’, then looks at the name on his passport and thinks ‘wow, he’s even weirder than I thought’.

â˜› More Tattoos: This Is Why Retards Shouldn’t Tattoo 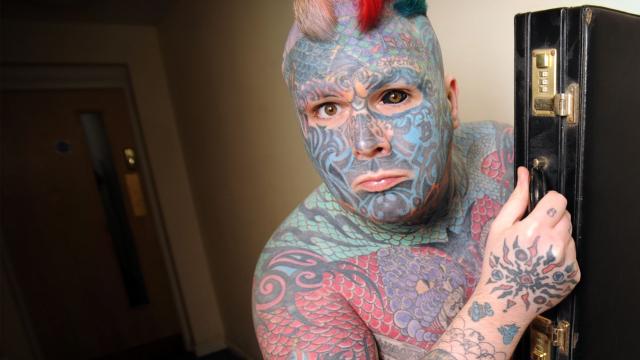 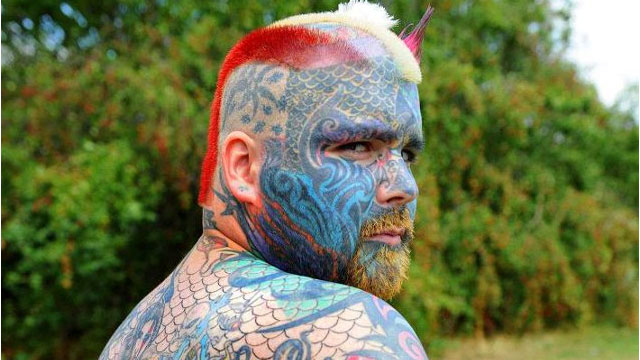