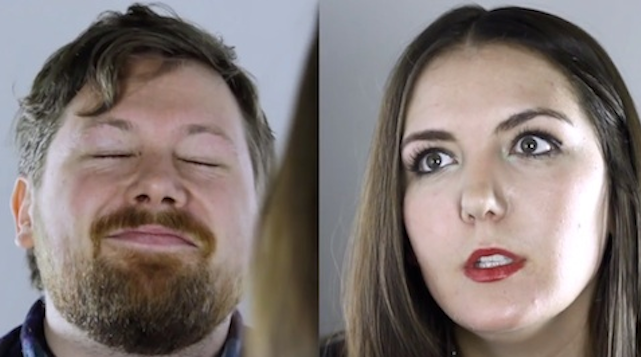 You have to sit in front of your partner maintaining eye contact and ask them if you’re the best sex they’ve ever had.

I’m not sure if these guys even got paid for this – and if they did I’m pretty sure it probably wasn’t enough – but I can’t imagine any other reason why they would take part as it’s sure to pretty much ruin their relationship. Or possibly even end it.

The basic premise is that you have to sit one foot away from your partner whilst looking into each other’s eyes whilst asking them if you’re the best that they ever had. You know what I’m talking about. Then your partner has to answer without hesitation or breaking eye contact with you.

Yeah, that isn’t something I’d be too keen one either and judging by most of these answers, it isn’t something that any of these guys wanted to go through either. You can pretty much tell almost everyone is lying by the way they’re acting and the ones that are actually telling the truth probably aren’t going to come off any better despite their honesty.

Here’s hoping it doesn’t happen to you, or if it does then at least it’s someone you’ve had the pleasure of performing some of the top ten grossest sex acts ever with.