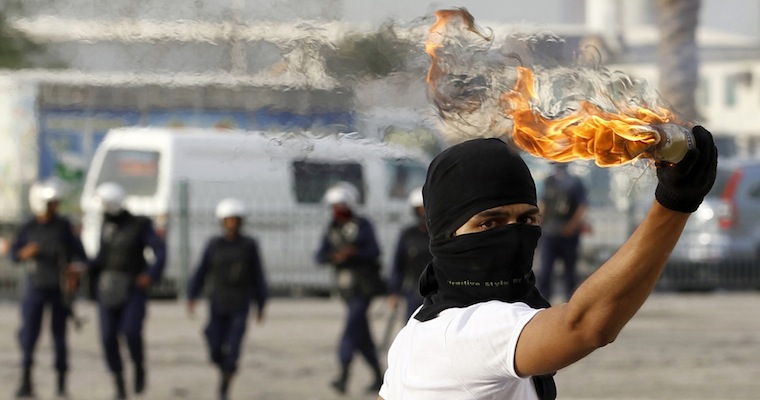 These two guys get kicks out of filming themselves throwing Molotov cocktails against their Grandparent’s house.

These two chaps have made super slow motion their thing. They run a YouTube channel and call themselves ‘The Slow Mo Guys’, filming interesting stuff with a high speed camera, and then making a video of the shot in super slow mo for us all to enjoy on a lazy hungover Sunday.

I remember trying to make loads of explosive stuff when I was younger, mostly thanks to the Jolly Roger’s cookbook (who remembers that one?). But my explosive devices usually only consisted of tennis balls full of match heads and putting a lit match into a full box of matches to do a ‘genie’ – mega hardcore shit y’know. I’m surprised I didn’t blow myself being so outrageous.

Now these guys are a little more adventurous with their blowing up of things. In this video they make a home made molotov cocktail (as opposed to the onces you find in Russian newsagents), light it, throw it and film the whole thing. When they play it back in super slow mo it’s really nice to watch, as you can expect, and it’s pretty funny that the dude is casually throwing the molotov cocktail against his Grandparent’s house on a random afternoon. Now I’m not sure sure what the legality behind that is, but I’d be pretty pissed off if I was one of his Grandparent’s trying to have a bit of a chill time infront of Countdown and your Grandkid and his mate are throwing Molotov cocktials against the house like it’s nothing – not cool.

Anyway, it was totally worth it because the video will help pass 10 minutes of your depressing hungover Sunday morning. Enjoy: