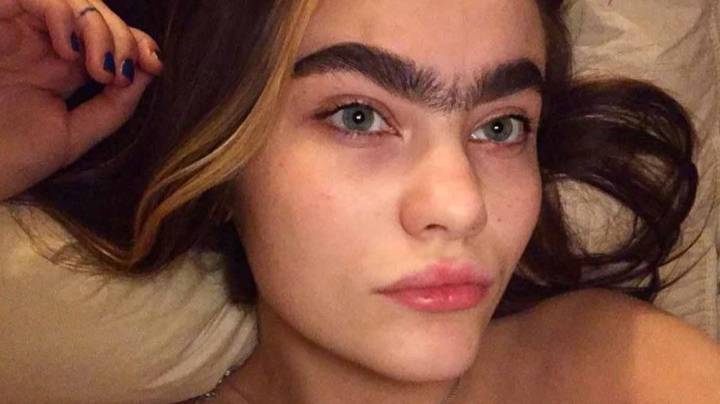 When it comes to fetishes there are definitely some out there for some people that others will never understand and to be honest I’ve gotta say that I’m firmly in the latter camp when it comes to the unibrow – turns out that I might be in the minority though.

This is what 18 year old freelance makeup artist and model Sarah Marie Clarke is telling us though after making the decision to grow out her unibrow and telling us that it’s led to her being bombarded with DMs from thirsty men all over the world. Here’s what Sarah had to say about it all: 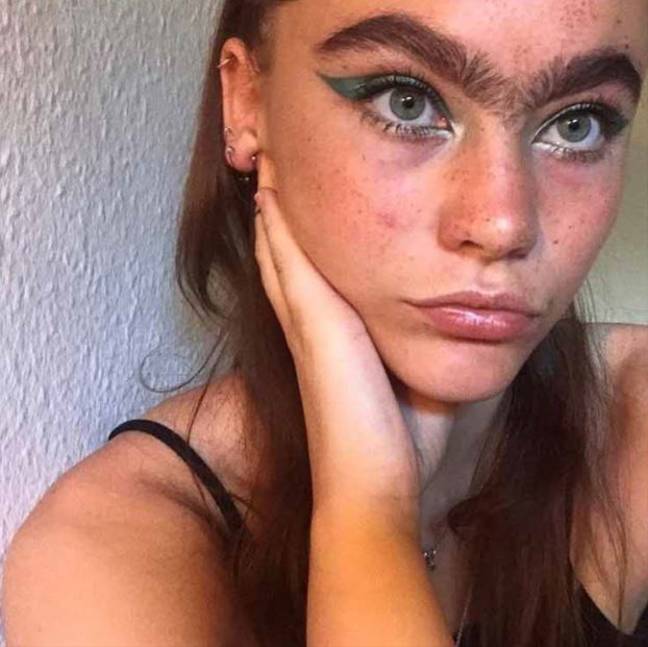 I’ve always known that I was able to grow a monobrow, but just like everyone else I always removed it without really thinking about it, I didn’t think it was an option to keep it.

My mum has always told me, ‘you can dye your hair, you can cut your hair it doesn’t matter, but don’t touch your eyebrows’.

One day I was on Instagram and I saw a makeup artist draw one on and I did the same, I absolutely loved it but I was too insecure about going outside with it on.

So little by little I started growing my own out, then I also had time to get used to it and over time I found a few other people on Instagram who did the same and I felt much more comfortable about it.

I remember when I told some of my friends that I wanted to do it, they were sceptical because it looks a bit weird and I know that, but it has really grown on them.

Before I grew it out, I would tell the men I was dating that I wanted to grow it out and they would say, ‘no, don’t do that because it would make you look weird’. I guess that is what teenage dating is like.

It changes your face quite a lot and they would ask what if you change your mind, I just replied, ‘well, I can always just shave it off’.

In public and my work life where there are a lot of people, I felt I had to hide my unibrow because they would be scared off it and judge me.

One day, four girls on a bus started taking pictures of me and yelling at me. People online are weird and would post negative comments.

I get a lot of compliments but of course there are some people who find it offensive and have the need to tell me how gross or how much of a joke they think I am.

But the joke’s on them because I get opportunities and jobs because of it. Being comfortable about my monobrow on social media has attracted photographers who wanted to do photoshoots. That’s the cool part of it, I can help make it more acceptable; if more people see it, then they might not judge it as much.

Mostly it scares men away, but I think it’s good because that means it scares the bad people away and I can get rid of all the a**holes.

I’ve deleted most of the messages because I found them uncomfortable, but one guy sent me a message said he would do anything to meet and date me because of my unibrow.

I think some men can have a fetish for it, some men DM me about it. I get a lot of dating requests; men peacocking, flirting with me. 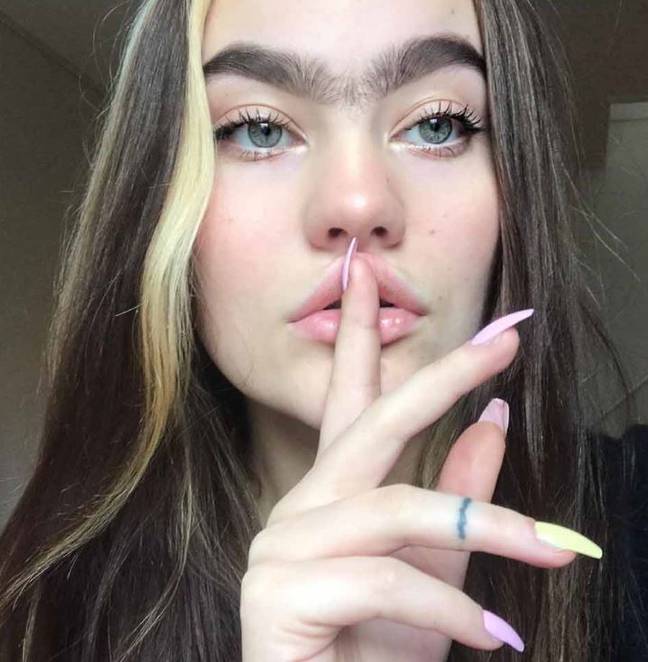 Kind of a heartwarming story in that finding a community of other people on Instagram led to her finally having the confidence to grow out her unibrow, but also not really that heartwarming in that people are still bullying her on the platform and also sending her really creepy DMs. Not sure what to make of it in that respect, but definitely the message of doing what you want for yourself is cool so let’s roll with that one. Go unibrows!

For more unibrows, check out 21 photos of girls who don’t know what eyebrows should look like. Not a unibrow in sight either.