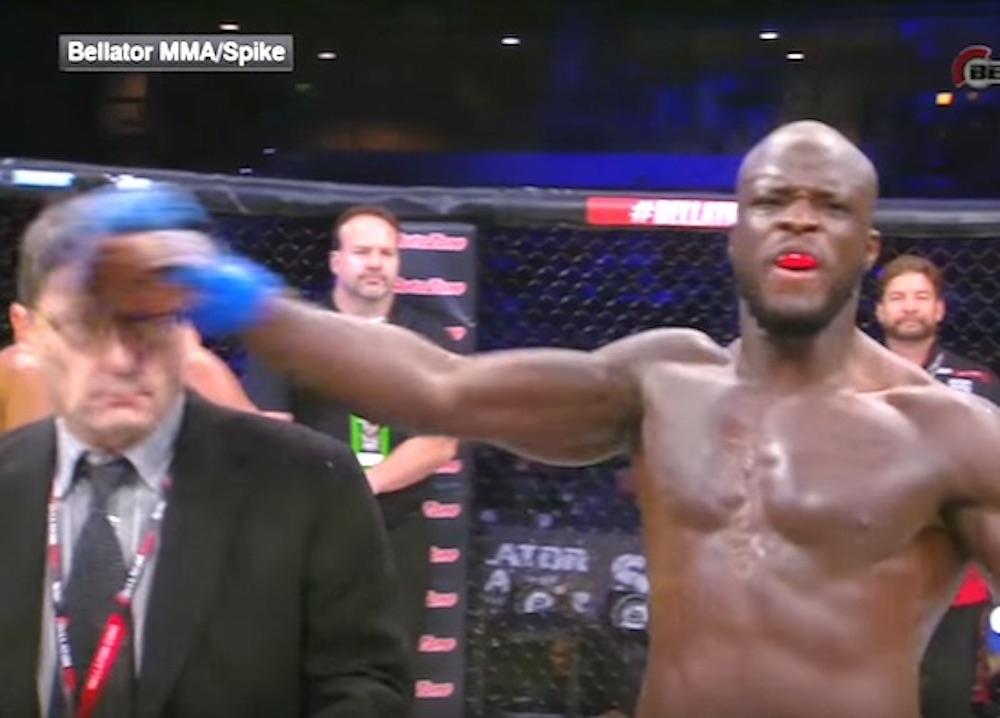 There’s always a lot of showboating from MMA fighters when they get in the ring before the fight as they’re trying to intimidate their opponents and this usually involves a lot of jumping, flexing and throwing a few punches to try and look hard.

Whilst this probably isn’t that hard to get down and look good doing it, there are a couple of things that the fighters have go to watch out for and the most important of these is probably the other people in the ring with them, because if you accidentally hit one of them then it could lead you into a lot of trouble. Or most importantly, it’s probably just going to make you look completely stupid, as this video proves.

The dude is just throwing a few punches when one of them goes a bit astray and hits the fight commissioner right in the kisser. Oof.

I want to say ouch but it doesn’t even look like his punch even hurt the official – the dude brushes it off like it was nothing and doesn’t even flinch. Maybe he should look at a career in the octagon?

As for the fighter, way to intimidate your opponent dude – your crappy punches don’t even phase the lameass official.

For more of the same, check out this compilation video of when MMA taunts go badly wrong.