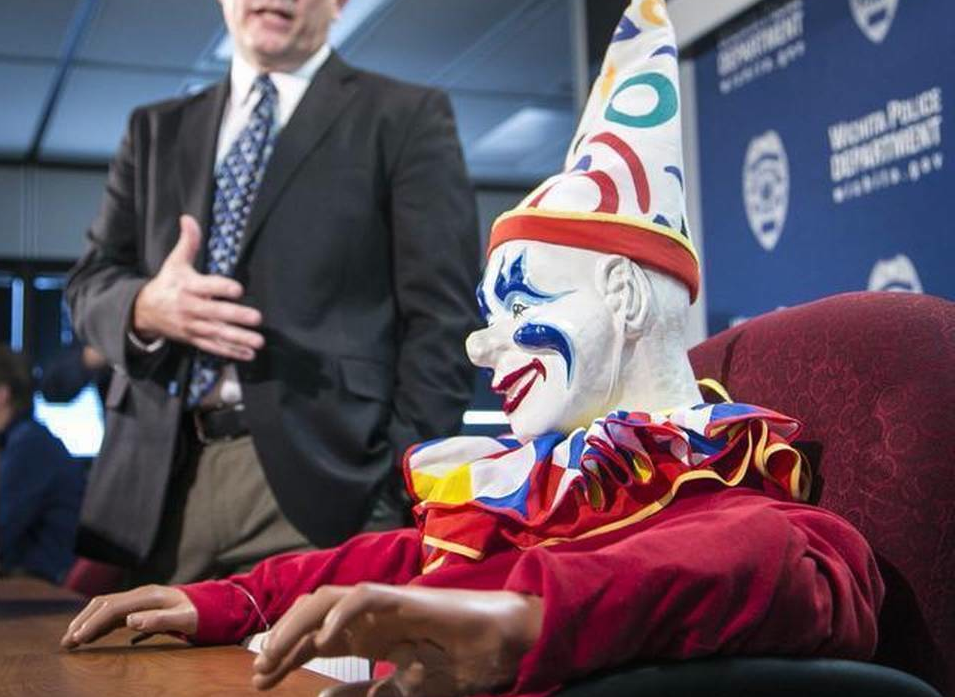 Because of course it was.

A life sized ceramic clown called Louis that disappeared from Joyland in Wichita Kansas about ten years ago has been found in a sex offender’s bedroom.

The clown – which is valued at $10,000 – used to sit at a Wurlitzer organ, rocking backwards and forwards and scaring the crap out of people until it mysteriously disappeared in 2004. He was such a novelty in the local area that several urban legends developed about what could have happened to him. The truth turned out to be nowhere near as sinister as the Slender Man or anything like that though.

An anonymous phone tip off, as well as some Facebook posts made by the culprit’s sister alerted police to his whereabouts, and they raided the house of Damian Mayes only to find it in his bedroom. Mayes is currently serving a jail sentence until 2028 for aggravated indecent liberties with a child and aggravated criminal sodomy. I prefer not to think about the things that he might have got up to as Louis watched on. Or possibly even joined in.

Mayes was able to steal Louie as he used to work at Joyland as an organ maintenance man. Creepy job. Bizarrely, police are still pursuing two other suspects in connection with Louis’ abduction. Do they not have anything better to do in Wichita then try and track down who stole a model of a clown? Seriously. There’s clearly a paedophile problem in the town so they should probably spend more time investigating that.

Here’s a video of Louis in action back in his heyday. It’s actually kind of terrifying.