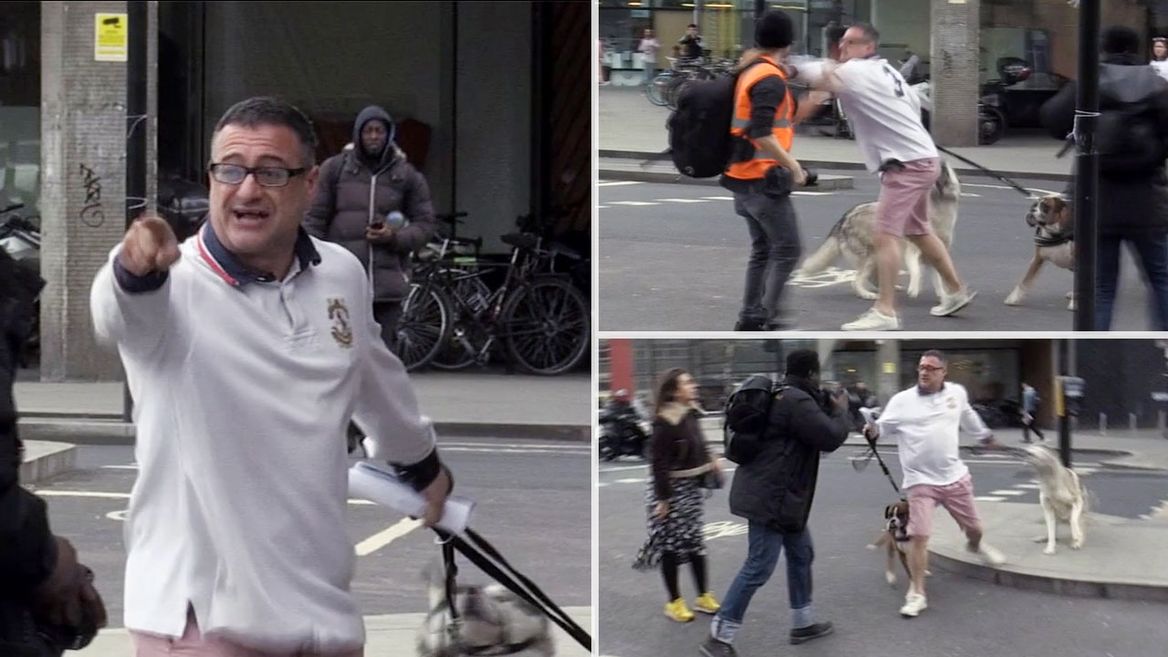 Football fan Roy Lansing shot into the global consciousness when he fought terrorists during the London Bridge attacks after jumping to his feet and proclaiming that he was Millwall, but this latest footage paints him as nothing more than a racist, unfortunately confirming the stereotypical view of a Millwall fan.

The incident is said to have been filmed last February when Lansing was walking his dogs in Elephant and Castle. He’s seen approaching a a Black Movement for Justice campaigner and going on a foul mouthed racist tirade at him, eventually spitting on him as well. It really is something else and includes phrases like ‘go back to your own country’, ‘ban the foreigners’ and the repeated chanting of ‘National Front’:

Ouch. Kinda sad to see a guy go from hero to zero – because that’s probably what’s going to happen now that this footage is getting around – but unfortunately it seems like Lansing isn’t the awesome guy that we all thought he was. So it goes.

His ex girlfriend and mother have tried to defend him saying that he’s ‘not racist in their experience’ and that the protestors provoked him before the filming started, but even so I don’t really think it can condone this kind of reaction. Lansing hasn’t said anything yet but he’ll probably come crawling out of the woodwork with an apology fairly shortly.

For more racist rants, check out this woman shouting at some other women on the bus because she thinks they’re ISIS. Ugh.