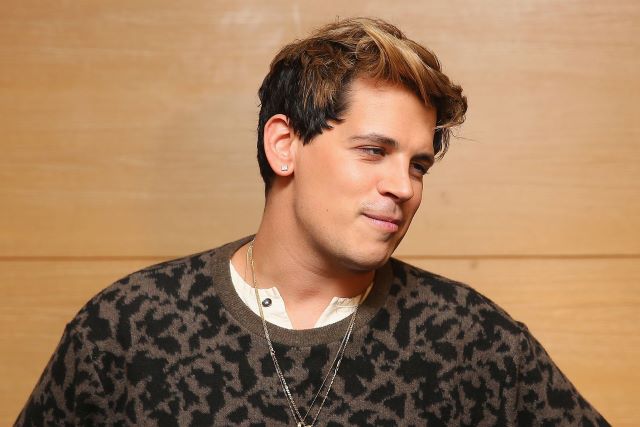 The world’s biggest right-wing troll Milo Yiannopoulos has been MIA ever since he claimed that 13-year-old boys are sexually and emotionally mature enough to consent to sex with adults, but it looks like he’s back with more controversy this week by announcing that he’s no longer gay.

As per his interview with Lifesite, 36-year-old Milo claims he is now ‘ex-gay’ and ‘sodomy-free’ and would like to ‘un-cancel’ conversion therapy because in his experience, it really works. Milo told the site:

When I used to kid that I only became gay to torment my mother, I wasn’t entirely joking.

Anyone who’s read me closely over the past decade must surely have seen this coming. I wasn’t shy about dropping hints. In my New York Times-bestselling book ‘Dangerous,’ I heavily hinted I might be ‘coming out’ as straight in the future.

Well, I don’t think anyone saw this coming tbh. Apparently, Milo has spent that last 4 years coming to terms with the fact that he’s actually straight:

That’s not to say I didn’t throw myself enthusiastically into degeneracy of all kinds in my private life. I suppose I felt that’s all I deserved. I’d love to say it was all an act, and I’ve been straight this whole time, but even I don’t have that kind of commitment to performance art. Talk about method acting.

Four years ago, I gave an interview to America magazine which they declined to print. It’s taken me a long time to live up to the claims I made in that interview, but I am finally doing it.

Um, fair enough? More power to him if he really is straight, and not just faking it as some kind of weird publicity stunt. He also says he wants to rebrand conversion therapy to make it more appealing to gay people who want to turn straight (not sure that’s how it works but OK):

Over the next decade, I would like to help rehabilitate what the media calls ‘conversion therapy.’ It does work, albeit not for everybody.

What about his husband? He’s going to keep him around as a flatmate, apparently:

The guy I live with has been demoted to housemate, which hasn’t been easy for either of us. It helps that I can still just about afford to keep him in Givenchy and a new Porsche every year. Could be worse for him, I guess.

Hmm. Demoted to housemate or sidepiece? Might as well get the odd blowie now again if he’s going to be paying for it. Not that anyone can take what Milo is saying seriously given his history of being a massive troll and saying things purely for attention. That’s just simply what the guy is all about. Good luck to him.

For more on Milo and his trollish escapades, check out this short bit VICE did on him a few years back: