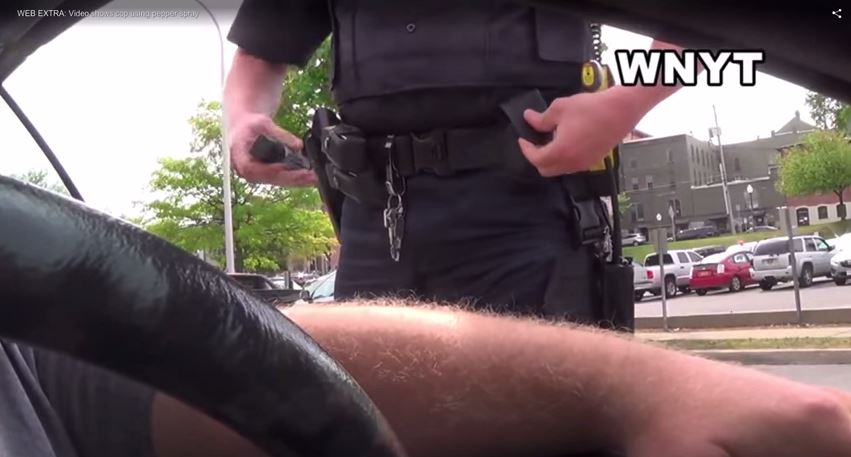 Does this guy get what he deserves?

Just one problem — the cop doesn’t give two shits about his constitutional rights and promptly pepper sprays and arrests him:

Rupeka wasn’t charged with disorderly conduct in the end, but rather obstructing governmental administration and resisting arrest. He says the pepper spray put him in hospital, his car got towed and he had to pay $153 to get it back.

To be honest, I’m kinda glad this backfired on the dude because while he’s within his rights to do it, it’s a complete arsehole move to troll anyone like that just because you can. It’s a bit of a projection move in that you’re trying to show the cop you’re untouchable the way people feel that cops (in general) are untouchable. This guy was trying to prove he had rights but unfortunately this cop also felt he had the right to pepper spray his eye balls out of his face.

As we’ve seen though, some cops like to have a little too much fun with their pepper spray.