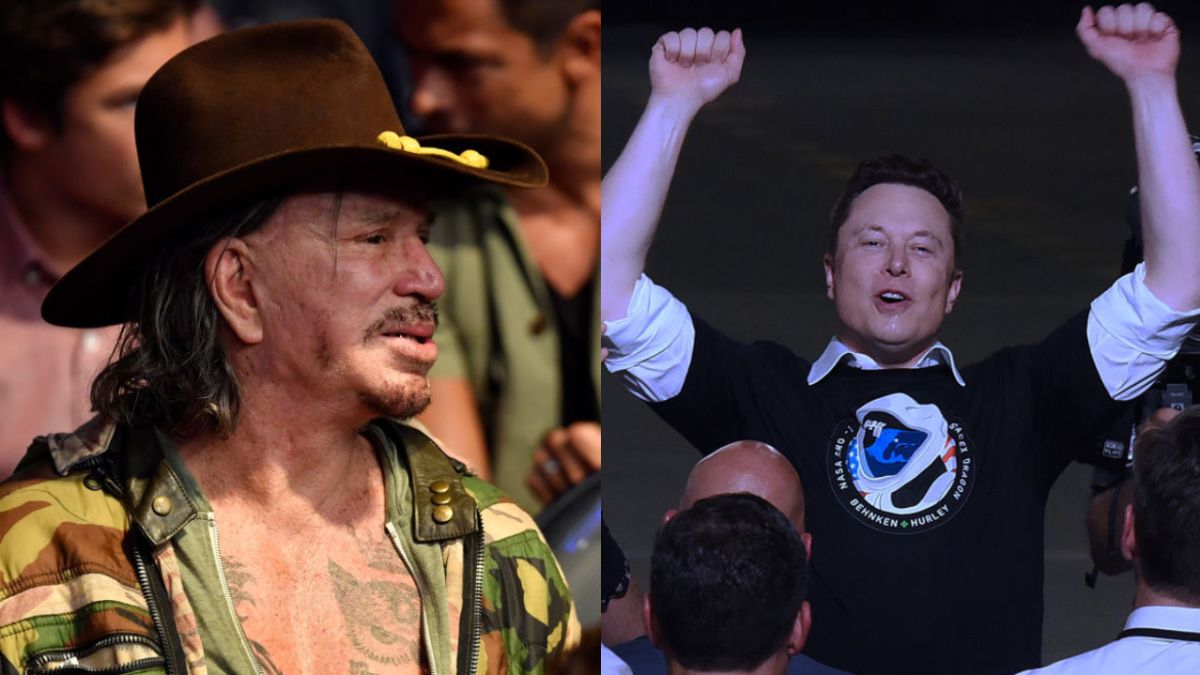 I’m sure you’ve been keeping track of all the weird beef between Johnny Depp and Elon Musk that has emerged as part of Depp’s defamation trial against The Sun that culminated in Musk challenging Depp to a cage fight yesterday.

As stupid as that sounds, I don’t think anyone ever thought that we would see Mickey Rourke jump to Depp’s defence but this is in fact exactly what has happened. The 67 year old actor took to Instagram to berate Musk for picking on Depp and challenge him to a bare knuckle fight instead.

Here’s how it went down:

I just read that ELON MUSK has challenged Johnny Depp to a fight. I have the better idea if Elon Musk is in fighting mood he can fight someone his own size, i’d gladly love the opportunity to take you to school mr.tough guy Elon Musk. Bare fists,elbows and knees and i will only use one hand-my left. We can both put down $200k a piece, winner take all, no rules. So instead of picking on someone who weighs 130 lbs i am calling your ass out. Warmest regards, Mickey “Marielito” Rourke.

That actually sounds like he’s remarkable serious doesn’t it? I also like the way that they’re straight up betting their only money with a winner take all attitude and not giving any of it to charity which is how these things usually go down.

Of course, I doubt that any of this is actually going to happen – although no doubt a load of people would love to see it – but I’m really enjoying the current trend of celebrities calling each other out to fight in matches with ridiculous stipulations. Hopefully Steve Carell challenges James Franco to a ladder match next or something. That sounds awesome.

For more of the same, check out this video of an absolutely ruthless MMA kid. Don’t wanna mess him up.