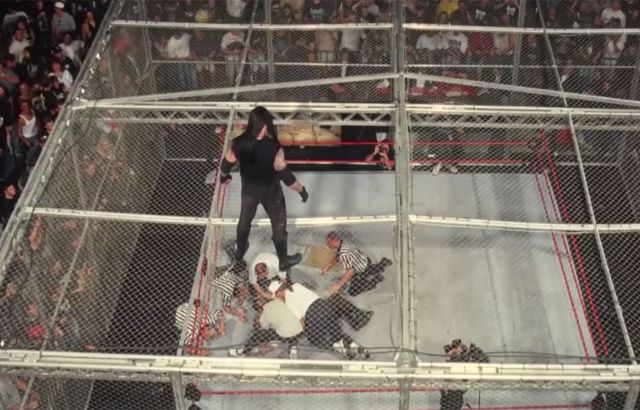 Pound for pound one of the best wrestling matches of all time was The Undertaker Vs Mick Foley at Hell In A Cell back in 1998. Just the complete and total package of wrestling theatre done IN A STEEL CELL that will be replayed and talked about until the end of time.

Here’s a reminder of what went down; first – The Undertaker launching Mick Foley (or ‘Mankind’) off the top of the structure:

And then later on chokeslamming him through the Cell itself:

Over 20 years later, Mick Foley spoke to the Metro about the lasting legacy of the match… and also the lasting impact it has had on his body and wallet.

Oh wow. Yeah, I would say Hell In A Cell – I think it may have shortened my career.

It was definitely the point from which I believed in my own mortality, so everything was different following that cell match.

I don’t have any regrets – I have some small regrets about things I did later in my career. But no, I don’t regret starting that match on top of the cell.

Of course he doesn’t regret it – that match turned him into a legend overnight and started a run of momentum that saw him main event and win championships for many years to come because he was so popular with his peers and the fans.

Although, he did admit:

Things did not work out like I’d have hoped. The cell collapsing when I was chokeslammed still has fallout for me!

I just paid $425 to remove my bottom flipper – which are false teeth which were knocked out in that cell – and I’ll have to pay $15,000 or so to get those teeth fixed. 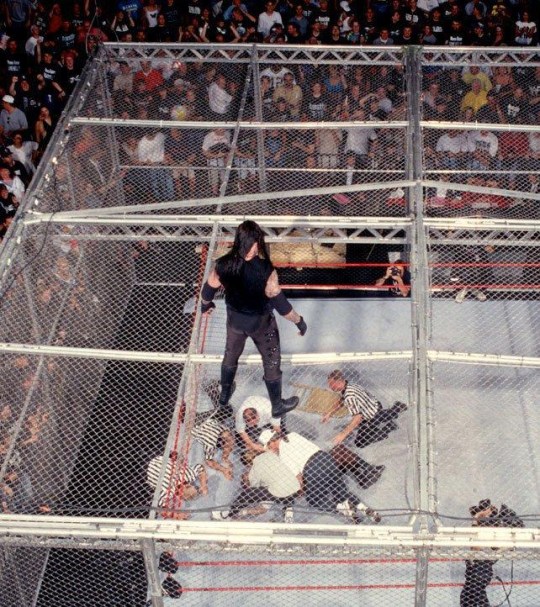 Despite the physical and financial toll it is still taking on him, Mick says he wouldn’t change a thing:

I’m still aware of that match every single day, but it really touched people.

It continues to touch people who weren’t even born when the match took place, so in that case, no regrets about the battles I had in the cell.

Later that night, Vince McMahon famously told Foley, “You have no idea how much I appreciate what you have just done for this company, but I never want to see anything like that again.”

Foley’s bumps off the cell raised the bar for extreme stunts in wrestling like nothing before it (think the Hardy Boyz or Shane McMahon), and there are still wrestlers around today trying to replicate and out-do the spot because of how much of an influence that match had on an entire generation. For my money, I don’t think anything will ever come close.