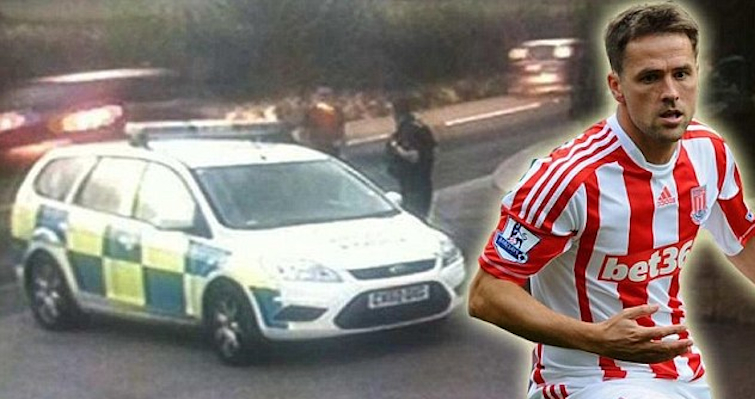 Remember Michael Owen? The answer is probably more likely to be yes these days after he sealed a big money move to Stoke after the transfer window had shut and he realised that they were the only team in the league that were actually dumb enough to waste time and effort on hiring a crock, but for the past two years whilst he’s wallowed away in the reserves for Manchester United you might very well have forgotten that he even existed, or at least was still a professional football player. He even took to twitter – which you have to admit isn’t a very Michael Owen thing to do – in an effort to maintain some semblance of a

Michael Owen’s twitter account was pretty boring though – he would mostly just talk about horse racing and getting his haircut and wish his dad happy birthday and stuff – but he has one million or so followers though so I guess it worked in some respect. His twitter account finally got interesting on Friday night though – albeit briefly – when he decided to livetweet the story of a burglar attempting to break into his house.

I guess for most of us if a burglar was trying to break into our house whilst we were there we would probably be fvcking terrified and trying to find some way to protect ourselves and our stuff and would not be live tweeting it, but it’s kinda different for Michael Owen because he lives in a huge mansion with security cameras and probably has an instant line to the police who will come down and sort it out for him ASAP because well, he’s Michael Owen. Pretty sweet for sum but I guess when you’ve scored 40 goals for England you’re pretty much sorted for the rest of your life, even if you can only manage playing 3 minutes for Stoke these days on a match day.

Anyway here’s a screen grab of his tweets and a couple of pictures – which are essentially useless and don’t really show anyone anything – tha he posted too. You have to admit the idea of Michael Owen in his control room watching burglars on his security feed is pretty jokes too – you would think he might have found better hobbies as he’s barely played in the last three years. 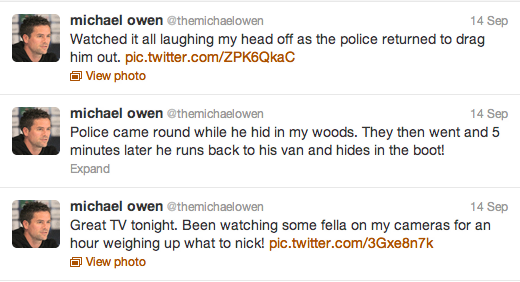 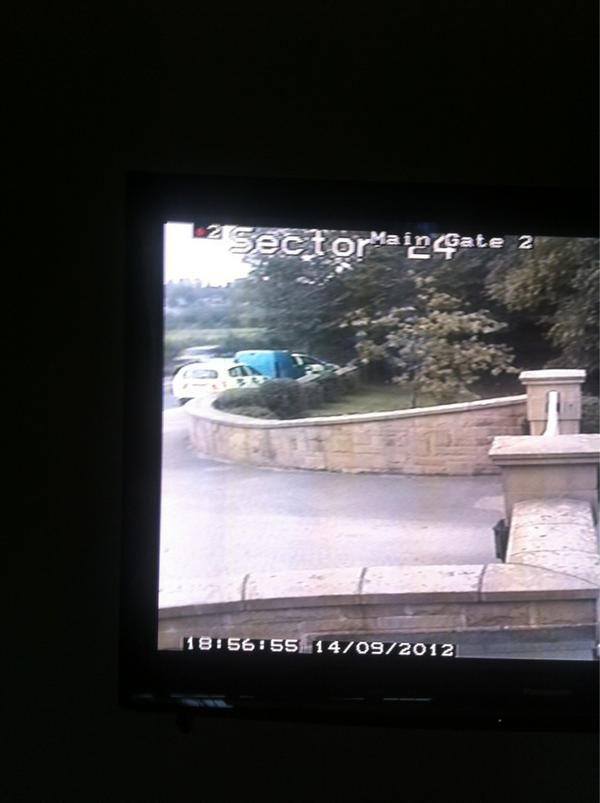 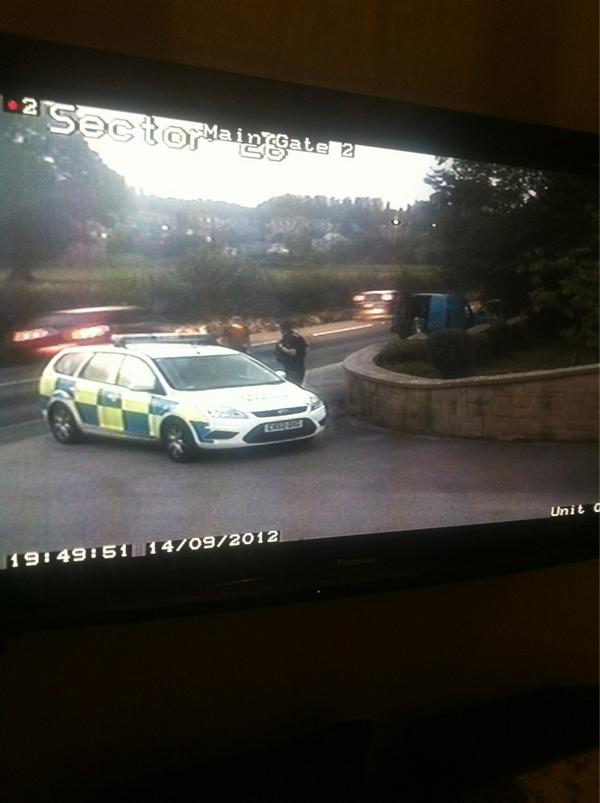