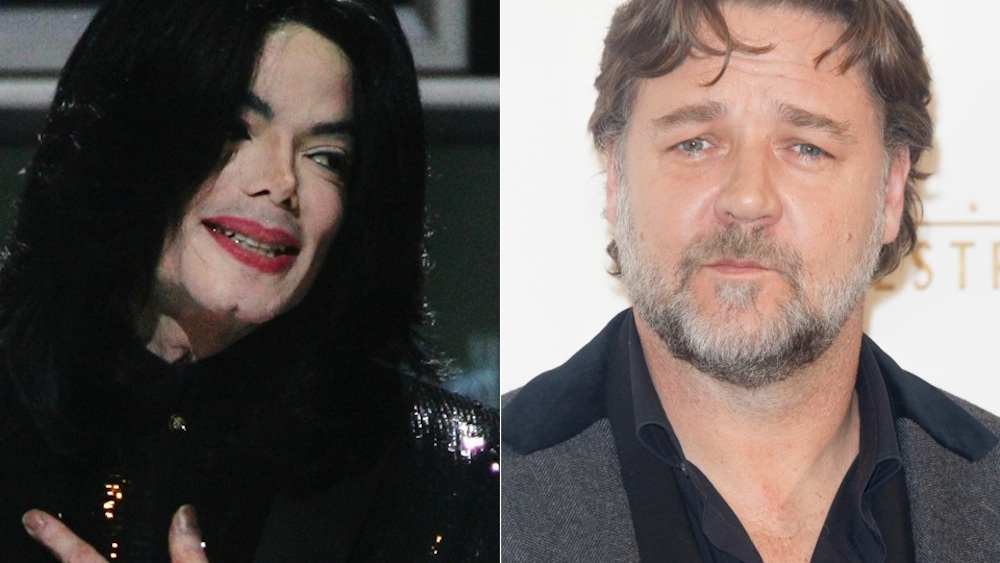 Russell Crowe was recently profiled in The Guardian because he has a new movie coming out or something, and whilst most of the segment was predictably boring and terrible, it did enlighten us with this one little tidbit of incredible information: for some unknown reason, Michael Jackson took great delight in prank calling Russell Crowe.

For two or three fucking years. I never met him, never shook his hand, but he found out the name I stayed in hotels under, so it didn’t matter where I was, he’d ring up do this kind of thing, like you did when you were 10, you know. ‘Is Mr Wall there? Is Mrs Wall there? Are there any Walls there? Then what’s holding the roof up? Ha ha.’ You’re supposed to grow out of doing that, right?

Wait what? We all know that Michael Jackson was a bit weird and kind of lived his life in an infantile state, but this is just completely bizarre. I mean why target Russell Crowe? OK, why not Russell Crowe sure but out of everyone in the world whose fake names he could probably find out, why Russell Crowe? There must have been some reason for it, right?

Unfortunately we’ll probably never know the answer to any of these questions, but it’s great to know that when Michael Jackson was bored in Neverland Ranch he could think of nothing better to do then get on the blower and prank Russell Crowe. Now that’s entertainment, although maybe he should take a leaf out of this guy’s book when it comes to prank phone calls and not be so lame at them.