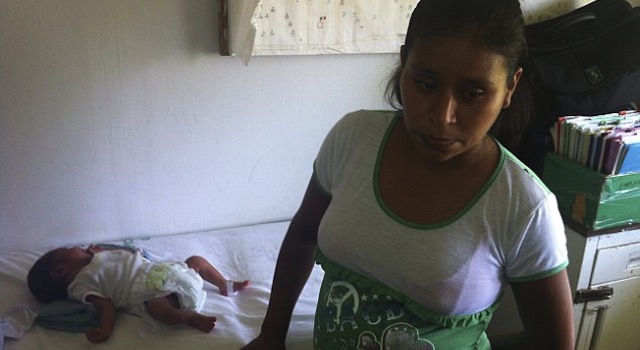 This is the photo that has caused outrage amongst medical professionals worldwide.

29-year-old Irma Lope was denied medical treatment after arriving at her local hospital in Mexico because the nurse claimed that she was only 8-months pregnant and therefore ‘not ready’ to give birth. After Irma was turned away she proceeded to go into labour on the front lawn of the hospital. A passerby was quick to take a photo of Irma who was half way through giving birth in full public view. The shocking photo was posted on the front of the national newspaper which has outraged medical professionals across the globe.

After being turned away from the hospital Irma decided that it would take too long to travel to the next nearest hospital by bus and soon realised that she had no other option but the squat and give birth right there and then. You’ll be happy to hear that Irma’s newborn baby boy ‘Salvador’ is doing well and there were no complications from the birth (apart from it happening in the hospital’s garden).

Check out the photo below: 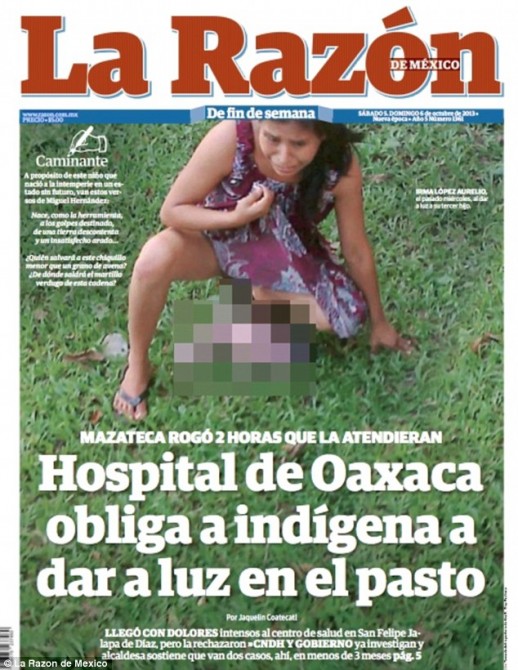