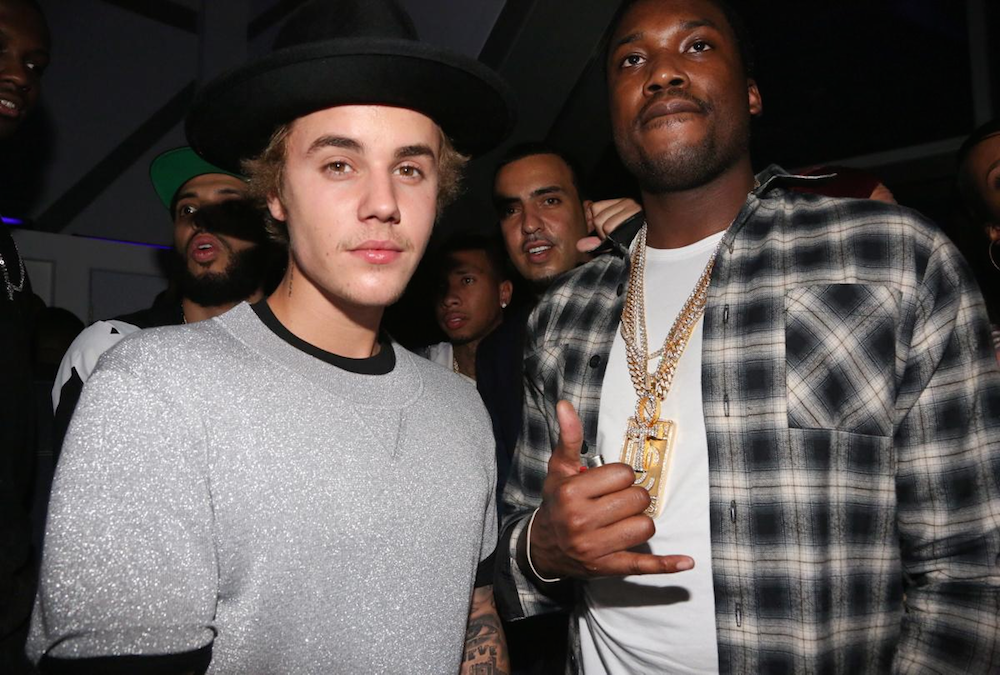 Someone got their head smashed in on one of Bieber’s ice sculptures, destroying it instantly.

Good news for everyone except Justin Bieber here, as his glass mansion got supremely trashed by his buddy Meek Mill at a Grammy after party on Sunday night.

For some reason even though Bieber was there he decided not to host the party (probably too busy getting high judging by the above picture) and instead got Meek Mill to do the honours – I suppose he thought more people might show up if he wasn’t directly involved with it. Either that or Meek Mill just told everyone it was at Justin’s house and they all just showed up so that they could trash it.

The guest list was a veritable who’s who of celebrity low lives – Nicki Minaj, French Montana, Khloe Kardashian and Chris Brown were all said to be present – but none of these people were responsible for the melee that erupted. No, this was attributed to rival gang members who somehow got themselves invited to the trashiest party in Hollywood that night. 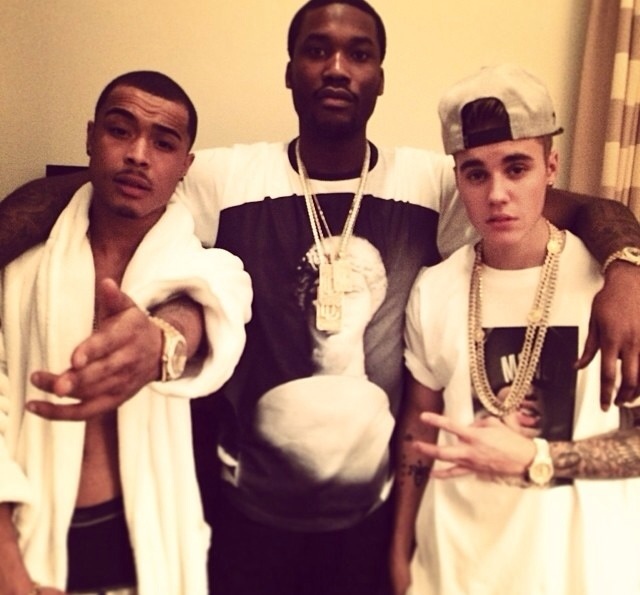 During the ruckus, there was a whole lot of fisticuffs and someone even got their head smashed in on one of Bieber’s ice sculptures, destroying it instantly. Most of the guests fled to the streets and the cops are reporting that when they showed up there at 1:30 a.m., there were over 1000 people wandering the streets and that it took them until 3 a.m. to get everything clear. The house was completely and utterly trashed.

Apparently Justin had already moved out though and it’s not clear if he was ever going to move back in. Meek allegedly signed a one week lease to get ready for the party, so everything that happened is going to be his responsibility unfortunately – it would have been way funnier if Bieber had to foot the bill to sort his own house out after everyone trashed it when it wasn’t even his party. Or maybe Bieber has actually turned over a new leaf after his mental breakdown and is actually a really safe guy now and is just going to foot it anyway?