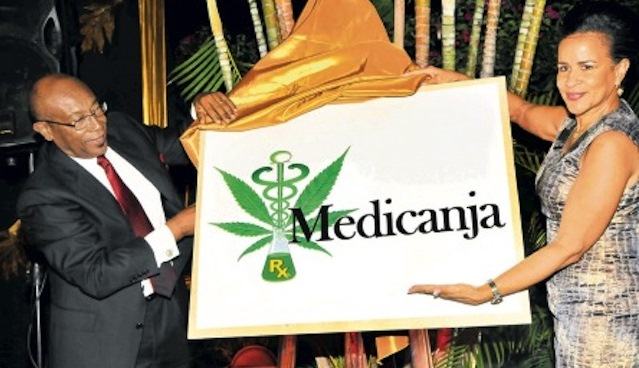 My guy was blatantly high when he picked that name for his new company.

Last week, renowned cancer researcher and chairman of the Biotech Research and Development Institute, Prof. Henry Lowe launched his latest company aptly named Medicanja in his homeland and country synonymous with the plant. Jamaica was the first country in the world to develop a commercial product from weed with the drug ‘Canasol’ that is used to treat glaucoma, so this new step just seems right. Lowe hopes to cash in on the growing multi-billion dollar industry of the medicinal properties of hemp by conducting his own clinical research into the extraction of components within hemp (that’s the male plant, fyi) that can cure a variety of illnesses.

The news comes on the tails of a national survey that took place in Jamaica that showed 80% of the population who took part are in favour of the legalisation of marijuana, 55% would be open to laws being relaxed at the very least and 20% admitting to using it as (and I quote) a ‘home remedy.’

But as the drug aspect is still illegal for now, Lowe has promised that the company will take efforts to extract tetrahydrocannabinol (THC) — of which creates the high (as you probably already know) – from their sample plants.

“We have developed a method to isolate the non-psychoactive compounds,” said Lowe during the launch, and also intends to develop a strain of the plant which is less potent in THC. He then went on to express the psychological and mental health effects that the drug can induce upon susceptible users but ultimately wants to focus on the very real health benefits of the plant.