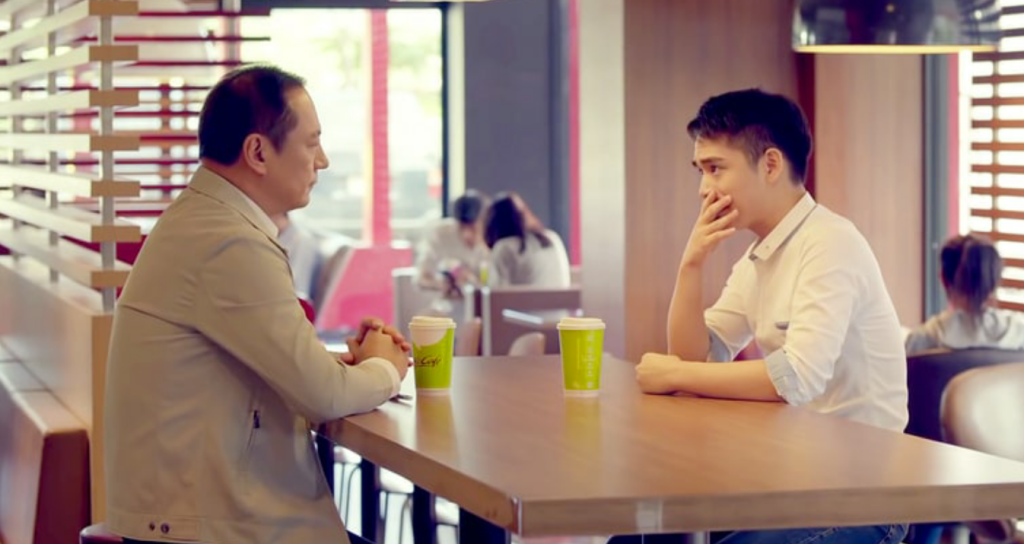 Taiwan wants people to boycott McDonald’s after they aired this advert.

Religious groups in Taiwan are calling for a boycott of McDonald’s after the fast food king aired an advert that they say promotes “gay issues”.

The ad basically features a boy coming out to his dad by writing “I like boys” on a McCafe coffee cup and sliding it across the table.

The dad seems upset at first but then returns with his own cup and writes “I accept that you like boys”, and everyone lives happily ever after as the ad closes with the tag “Let there be more warmth in conversations”.

The Alliance of Taiwan Religious Groups are freaking out over this though, saying it promotes homosexual behaviour:

Because McDonald’s is frequented by many children, it is especially important to oppose the promotion of same-sex behaviour.

Obviously the religious group is completely in the wrong here (as usual), but at the same time it does seem like an annoyingly try-hard move for McDonald’s to air this advert. LGBT acceptance might not be as advanced in Taiwan as it is over here but still, it just seems like McDonald’s is begging for attention and actually exploiting a major moment in a gay person’s life to sell hamburgers or McCoffees or whatever. I mean who the hell would come out to their family in McDonald’s anyway?

Trying too hard to show everyone they embrace all customers, instead of trying to tell us how delicious their food is. So delicious it can literally drive people insane.