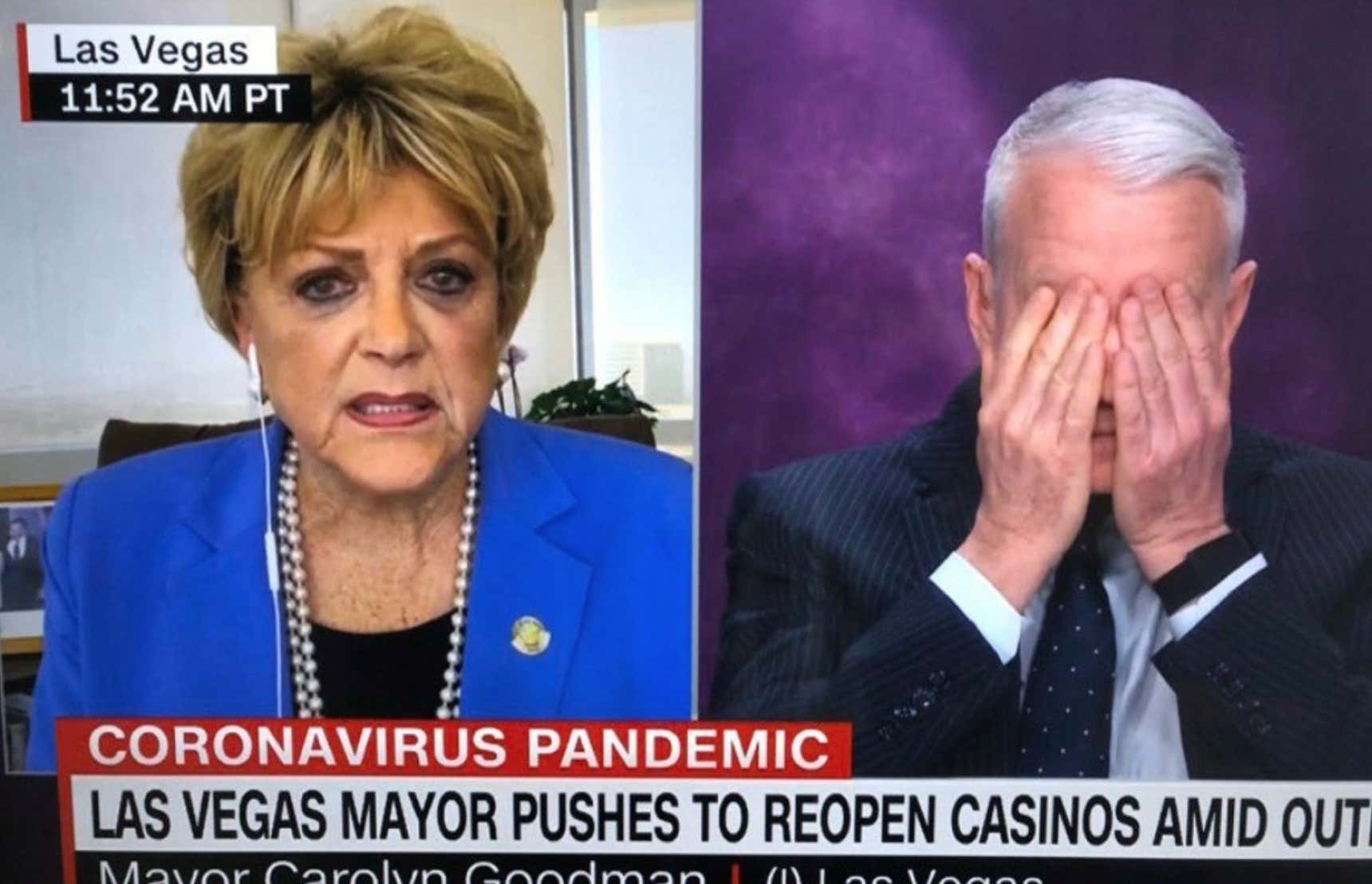 There’s been no shortage of facepalm moments from elected officials all around the world exhibiting questionable handling of the pandemic from their ivory towers, but these clips of Las Vegas mayor Carolyn Goodman chatting to Anderson Cooper the other night might just take the cake.

In the first one, she accuses Cooper of “putting words in my mouth” when he says she volunteered Las Vegas to be a coronavirus control group. But listen to what she says a few seconds later:

Las Vegas Mayor offers city as “control group”, “we offer to be a control group” to see how many people die without social distancing. pic.twitter.com/NESE2hActE

That’s just one clip from the interview. Get a load of this one:

Las Vegas mayor Carolyn Goodman, who has been openly advocating for Vegas casinos and hotels to completely open up, literally tells Anderson Cooper she has no responsibility to figure out how to do it safely.

“It is up to them!” pic.twitter.com/d9LDRZX9Sl

Utter fruit loop. Her idea for private businesses to compete for who can drive the least viral spread is like some weird remake of The Hunger Games. Dumbfounded as to how someone like that can end up in such a powerful position of influence in the first place.

The real telling sign that she’s crazy is that she’s casually saying this stuff on national TV like these are the most reasonable ideas in the world. I know we all want lockdown to be lifted and to get back to normal life (or whatever normal will be after this) as soon as possible, but holy shit we do not need idiots like this making the decisions for when that should be.

Almost as dumb as Idris Elba’s suggestion that the world should have an annual quarantine for one week.