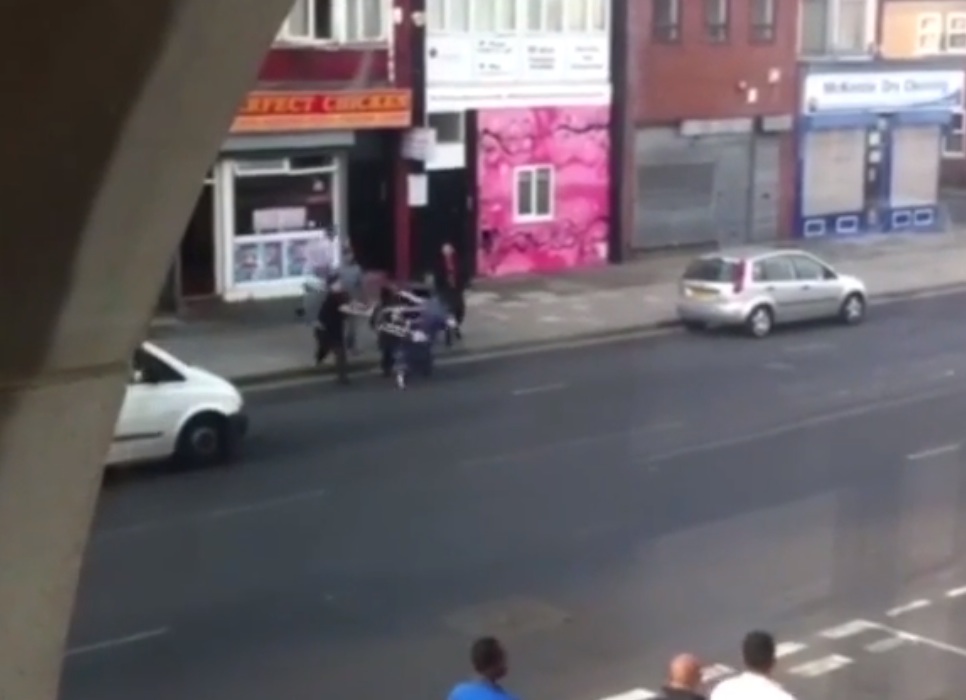 You expect a fair few things to kick off late at night in fried chicken shops as drunk louts attempt to get that sweet, sweet grease, but it’s rarer that you see something go completely mental in the day for a weird reason like someone trying to pay for their food with Rizlas.

This is the exact situation that staff at Perfect Chicken in Middlesborough found themselves in though, when some guy called Anthony McClean came in and tried to pay for his chips with a few skins. Here’s what chicken shop owner Sheraz Butt told Teesside Magistrates’ Court, along with a video of the pretty brutal brawl:

He started getting me the Rizlas and said they were worth 20p each.

I said, ‘That is not money, it is a cigarette Rizla’.

It was then alleged that McLean threw a charity collection tin at Butt and cook Tofeek Khan, who he then took to the floor and started punching. The brawl escalated to what you can see outside on the video, with the owners defending themselves by using one of the steel chairs from inside the shop.

However, the cops failed to collect this CCTV footage in time so it was inadmissible in court and defence solicitor Paul Dixon claimed there were discrepancies between what Khan and Butt told the police and the court, and that this could have happened because Butt didn’t appear with a translator at his original police interview. The case was therefore thrown out and McLean was found not guilty of starting the brawl.

Sounds kinda fishy to me but I suppose we have all heard about the red tape associated with police work. At least they managed to shut this chicken shop down after they found shit stains all over the walls. Rank.