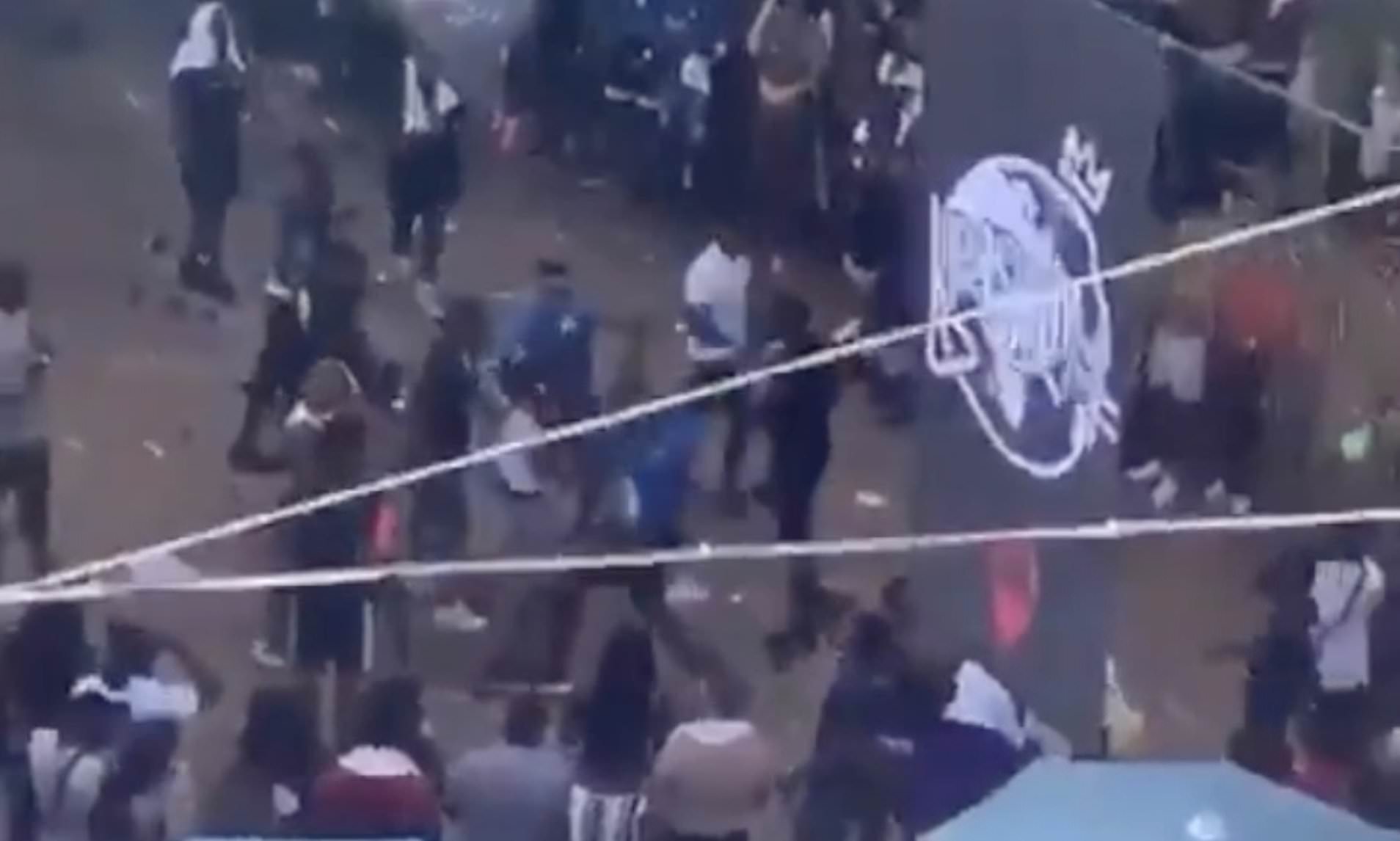 There have been rumours of a stabbing.

Stormzy made history as the first black British solo artist to headline Glastonbury over the weekend and for all intents and purposes had an absolute blinder of a set that surely made anyone who hadn’t heard of him stand up and notice.

Whilst that’s no doubt a good thing for Stormzy and grime music as a whole, it also means that there’s a whole lot of extra scrutiny on him at the moment which is probably why it’s come to light that there’s been a mass brawl at his #Merky festival over in Ibiza. Footage was taken from the Ibiza Rocks party hotel of grime fans fighting security with punches and kicks as other revellers tried desperately to get out of the wave that was heading towards them:

Yeah that really isn’t the best look is it, especially as Stormzy used his headline slot at Glastonbury to rally against youth violence in this country, famously wearing a stab proof vest with a Union Jack on it designed by Banksy. There have also been reports of a stabbing at the festival too, which depressingly would be the height of irony I guess (CORRECTION – nobody was stabbed at the festival, these rumours have been confirmed as untrue).

Obviously, it’s only a minority of people that are ruining the fun at these festivals for everyone. Hopefully the fact everyone is commenting on this calling them pricks might be enough to prevent this trend from continuing. Probably not though.

For more of the same, check out Stormzy opening up about his depression for the first time. Happens to everyone.