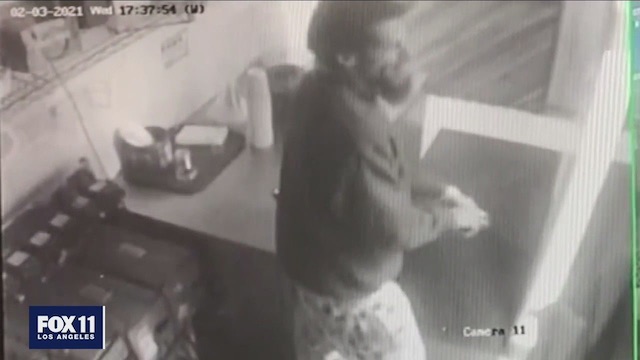 He was kicked out for not wearing a mask.

It seems clear that people are getting more and more desperate as lockdown continues and shows no signs of really clearing up any time soon, but I don’t think I’ve heard a story quite as bizarre as this one yet – normally it’s just people inviting a few friends round for a party or similar.

This one really is special though, as a guy was refused entry to Roscoe’s Chicken N Waffle in Pasadena, CAlifornia because he wasn’t wearing a mask. I think most people would respond to this by going over the street and buying a mask or going somewhere else to eat, but not this dude.

Instead, he decided to pull out a handgun and threatened the members of staff, before promptly heading into the kitchen in the back and telling the chef to put the waffles and the chicken in the bag and then disappearing off into the night. Thankfully we’ve got surveillance footage as well:

Here is surveillance video of the Roscoe’s Chicken n Waffle robbery. The guy walks in with a gun, through the back, to the kitchen. The guy told the cook, “PUT THE CHICKEN IN THE BAG.” I can’t make this up.

Hear from the cook at 11p on @ABC7 pic.twitter.com/0h0sKmXFy4

What a ridiculous situation. Apparently the two men were still at large on Wednesday night and the police are looking for them – describing them as following:

A bllack man in his 30s or 40s with a thin build, black curly hair, hazel eyes and tattoos on his neck and face. He was last seen wearing a green sweater and white sweatpants with black polka dots. His companion was described as a Latino man with a shaved head, standing between 5 feet 4 and 5 feet 5 and weighing about 150 pounds. He was wearing a blue jacket and a blue face mask.’

Probably gonna be eating chicken as well, so if you see them point them out to the cops. Hope it was worth it bros. Fried chicken always is though to be fair.

For more of the same, check out this story about a man dressed as Santa Claus who robbed a KFC. Apparently it happens sometimes.