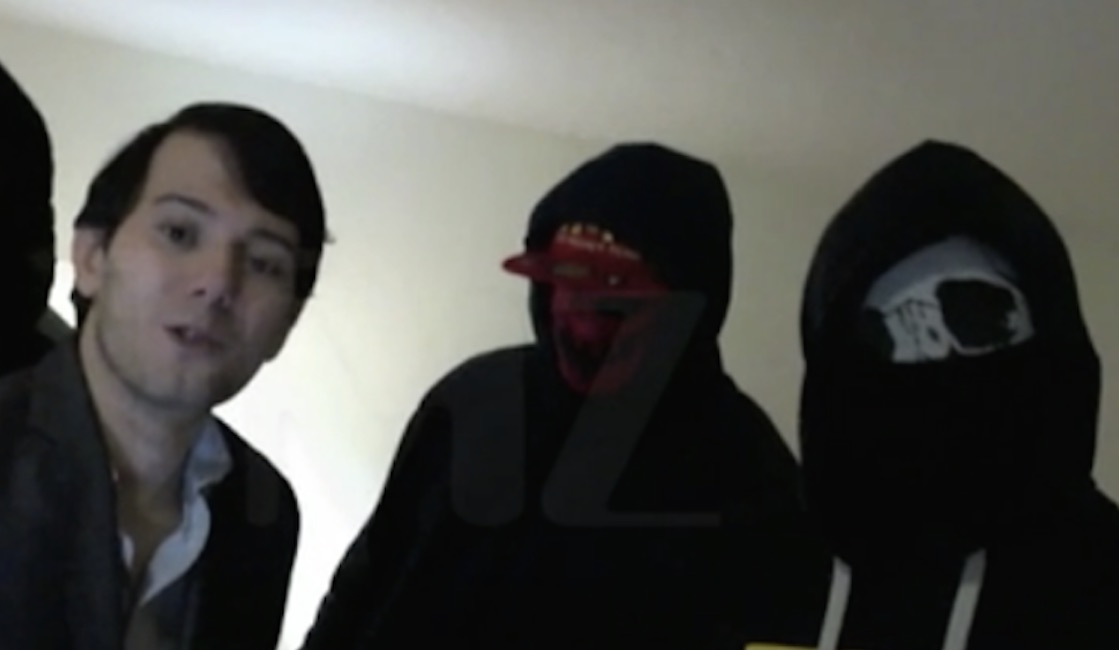 Does this guy have a deathwish?

It’s pretty well known that Martin Shkreli is one of the biggest assholes in America, and that unfortunately he also ended up being the person who bought the one copy of the new Wu Tang Clan record.

Anyway Ghostface Killah obviously wasn’t too happy about this, and recently referred to Martin Shkreli as the ‘Michael Jackson Nose Kid’. Of course, Shkreli wasn’t going to take this lying down and so decided to record a diss video with a bunch of his mates dressed up trying to look like gangster rappers and send it in to TMZ. Of course he did.

It’s predictably cringeworthy and paints Shkreli out to be some kind of lame version of a James Bond super villain, as he demands a written apology for the insult and threatens to destroy the record if he doesn’t get it. Just don’t dude.

Absolutely unbelievable right? Where does this guy get off doing stuff like that? Doesn’t he realise that it’s not even funny, it’s like not even that funny to laugh AT, it’s just kind of pathetic and desperate. I suppose he’s getting what he wants and he’s in the public eye still, but why would you want to be the most hated man in America? Weirdo.

I think my favourite part of it though is where at the beginning he says he’s going to call Ghostface Dennis, but throughout the video he keeps calling him Ghost. Yeah, way to undermine your own diss there asshole. I guess this is your first rap beef/promo video though so we can maybe let that slide.

Expect this feud to develop in even stupider ways than the B.o.B./Neil DeGrasse Tyson flat earth rap beef.