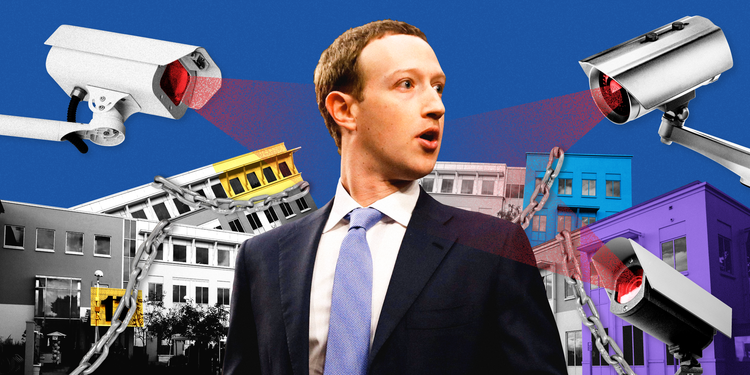 The most protected man on the planet.

Back in July 2018, Facebook’s board approved a $10 million security budget per year for Mark Zuckerberg and his family.

As the billionaire chief exec of Facebook Zuckerberg has a crazy amount of haters and people who would love to bring him to harm. So he’s definitely made every cent of that $10 million count.

Extreme vetting of locations he visits and people he meets

Armed executive protection officers stand on constant guard outside Zuckerberg’s gated homes in the Bay Area, at least one of which also features a panic room. If he goes to a bar, his team will sweep through ahead of time to make sure it’s safe. They will vet new any new doctors, or trainers if he wants to take up a new hobby. He is driven everywhere, with the security team monitoring traffic and adjusting his route accordingly.

During company all-hands meetings, members of Zuckerberg’s Praetorian Guard sit at the front of the room and are dotted throughout the crowd, just in case an employee tries to rush him. They wear civilian clothes to blend in with non-security employees.

Zuckerberg doesn’t typically work in a cordoned-off office like a traditional corporate executive. Instead, his regular desk is on the floor of Facebook’s open-plan office, just like everyone one — but executive protection officers sit near his desk while he works, in case of security threats. Facebook’s offices are built above an employee parking lot, but it’s impossible to park directly beneath Zuckerberg’s desk, because of concerns about the risk of car bombs.

He also has access to a large glass-walled conference room in the middle of the space near his desk, which features bullet-resistant windows and a panic button. There’s also a persistent rumour among Facebook employees that he has a secret “panic chute” his team can evacuate him down to get him out of the office in a hurry.

The truth of this matter remains murky: One source said they had been briefed about the existence of a top-secret exit route through the floor of the conference room into the parking garage, but others said they had no knowledge of it.

OK it says that last one is a rumour and Facebook won’t comment on it, but who are they kidding? We all know it’s 100% true. If someone as rich and powerful and hated as Mark Zuckerberg doesn’t have a panic chute in his office, then who does?

This emergency chute could save your life pic.twitter.com/HyKFWUap5y

Sounds like Zuckerberg is in good hands with this level of elite protection. Should probably get himself one of those advanced Japanese killer robots to be on the safe side though.