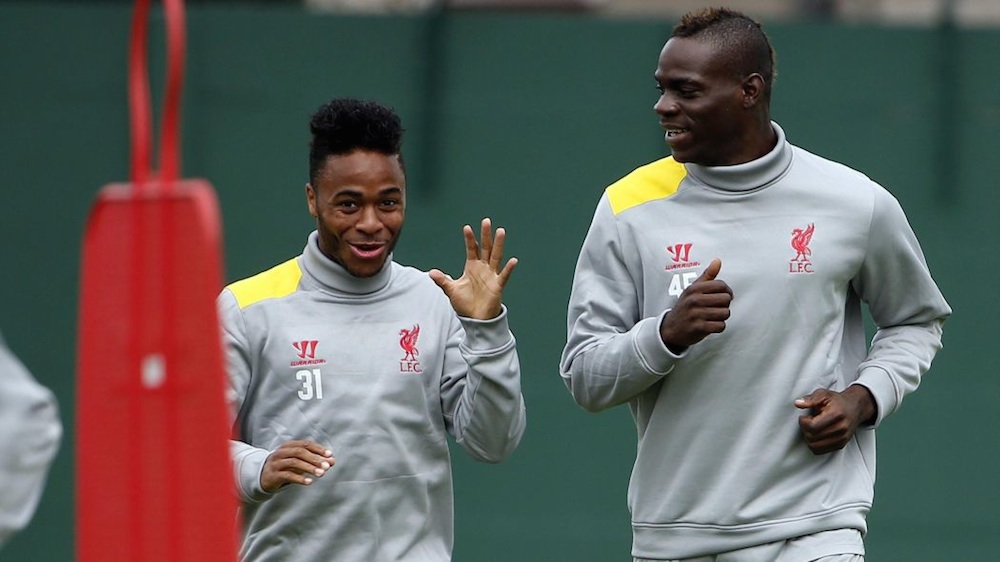 This is hardly going to endear Mario Balotelli to Liverpool fans is it?

Mario Balotelli has a fairly fractious relationship with Liverpool fans after arriving for £16 million last summer as the replacement for Luis Suarez, and then proceeding to be absolute utter dog shit and scoring about one goal all season. He hasn’t even made it on the club’s pre season tour and is currently deemed surplus to requirements, is hanging out in Melwood whilst the rest of his teammates are hanging out getting to know each other in Australia as they look to mount a title challenge this season. Yeah, that last bit was a joke.

Balotelli has hardly done anything else to endear himself to the Liverpool fans with his latest antics on Twitter either. It seems like Raheem Sterling and Balotelli hit it off over the last year whilst Sterling wasn’t trying to engineer a move to Manchester City, and Balotelli decided to go on Twitter to praise Sterling for scoring his first goal for the club in a friendly against Roma today.

Mario then followed this up by encouraging all Liveprool fans to get behind Sterling at Manchester City. This seems like the most deluded idea ever, considering the way Sterling pretty much went on strike to force the move through and has pretty much been a complete and utter prick about it and is now a massive hate figure on Merseyside. I mean his agent even called Jamie Carragher a knob, which can’t have gone down too well over there.

The fact that Sterling joined a direct rival to Liverpool (kinda, I mean this is what everyone who is a Liverpool fan will probably think, but nobody else in the country would because they’re blatantly going to be pony again this season) hasn’t made it any easier for them to accept, and the fact that Balotelli thinks he can change their opinion on him has to be one of the dumbest things ever, as you can see by his tweets and a selection of some of the best replies. As you can probably guess, the Liverpool fans don’t hold anything back:

Liverpool fans are amazing but i hope@sterling31 will play at his best because he deserve it.He s a good guy young and talented…..

….support him Like you always did .He gave everything to this club and respect it so im sad to see this.YNWA ,Liverpool is a family ALWAYS

@FinallyMario @sterling31 Fuck sake Mario, you dont cheer him on you snake

@FinallyMario @sterling31 Ok time for you to go mate.

Ouch. Safe to say Balotelli probably won’t be playing for Liverpool next season, except maybe in the reserves. I’m sure he can keep us entertained on social media though.

Here’s Raheem Sterling’s goal if you haven’t seen it yet: