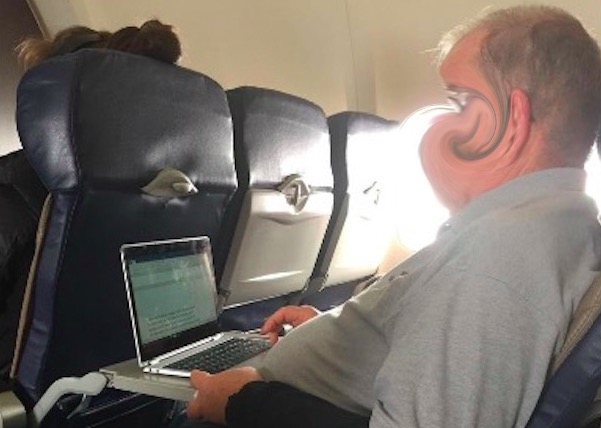 Ever look over at the person sitting next to you and take a peek at what they’re looking at on their phone or laptop?

Thankfully he was able to grab some snaps of it as well: 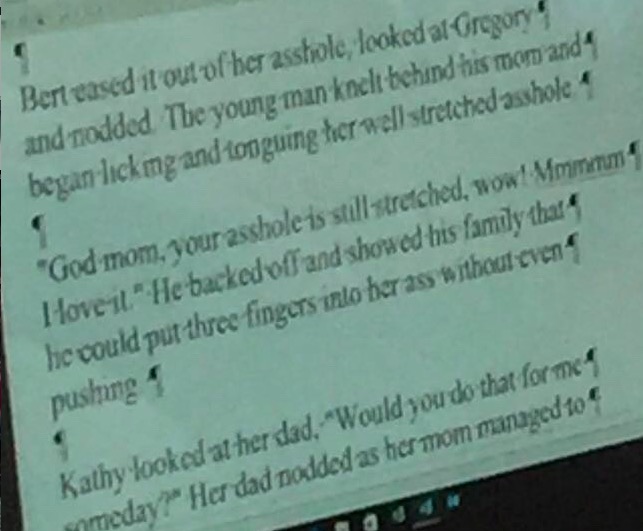 Bert eased it out of her asshole, looked at Gregory and nodded. The young man knelt behind his mom and began licking and tonguing her well-stretched asshole.

“God mom, your asshole is still stretched, wow! Mmmmm I love it.” He backed off and showed his family that he could put three fingers into her ass without even pushing.

Kathy looked at her dad, “Would you do that for me someday?” Her dad nodded as her mom managed to… 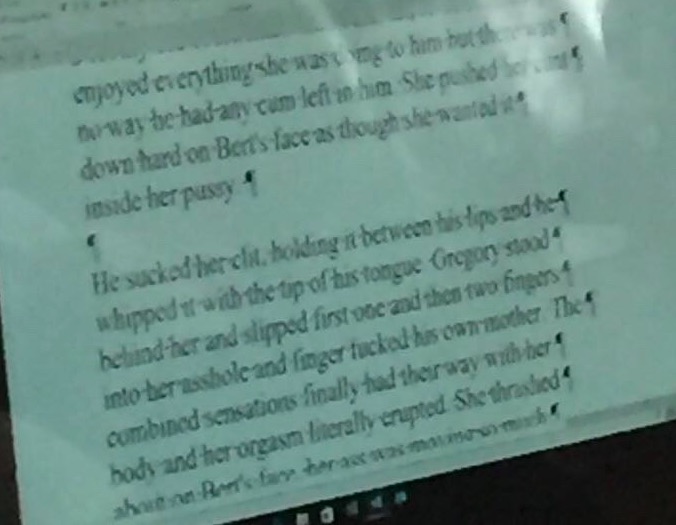 He sucked her clit, holding it in between her lips and he whipped it with the tip of his tongue. Gregory stood behind her and slipped first one and then two fingers into her asshole and finger fucked his own mother. The combined sensations finally had their way with her body and her orgasm literally erupted.

For more incest, check out five films about incest that will make your skin crawl. Guaranteed.