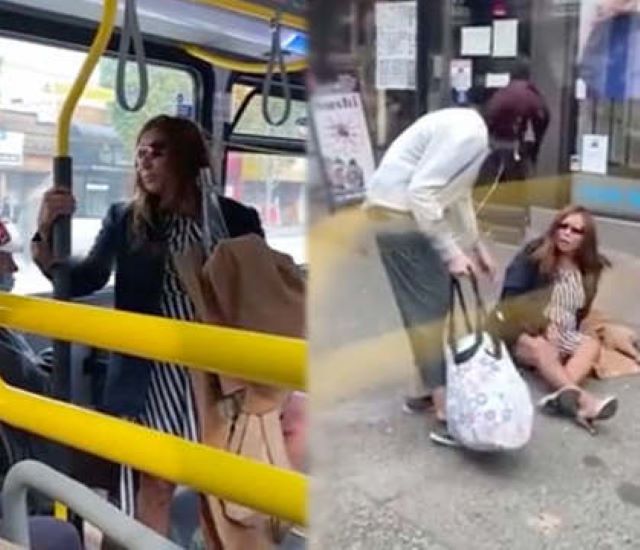 Was this reaction justified?

I’m not sure what the two people in this clip are arguing about but my guess is it has something to do with the woman being the only person on this Vancouver bus not wearing a mask in the middle of a global pandemic.

We join the footage in progress as the man calls the woman “disgusting”, to which she responds by spitting on him. Whether what happens next is warranted is up for debate:

Hard to tell who that “oh my god what is wrong with you?” was directed at – the woman spitting in a man’s face or the man who then shoved her off the bus in retaliation. Pretty sure both those things are considered “assault”. Well I guess it was directed at the man considering she then went to that woman’s aid. Did she not see her spit on him moments earlier?

To be fair, I don’t think I could bring myself to physically harm a woman even if she did spit on me, but I don’t really blame the guy for reacting like that. Not to mention the droplets from her spit would’ve hit more than just that one person. Either way, don’t think she’ll be spitting on anyone else anytime soon.

To watch a police officer brutally knee a suspect in the face after he wouldn’t stop spitting at him, click HERE. Justified?