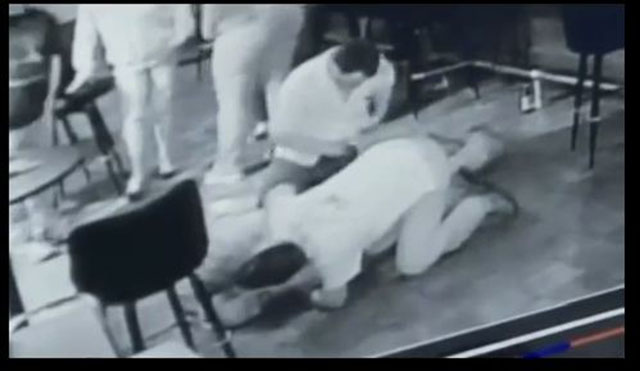 Not only does this guy have no problem stealing a wallet from someone he believes is dying, he also tries to buy the man’s girlfriend a drink.

I don’t think we’ve ever heard of anything so heinous in all our time covering the heinous things that people do. This CCTV footage from the Rock Bottom Bar in Illinois shows customer Larry Lotter writhing on the floor in pain having suffered what everyone believed to be a heart attack, as another customer, Bryan Kuegler, kneels down beside him and swipes his wallet.

That’s not even the most messed up part. The bar owner later said:

“He tried to buy the girl that Larry was with that day a drink with the money he took.”

She didn’t oblige, so Kuegler bought drinks for the entire bar instead with the $100 contents of the wallet.

Luckily, Larry’s heart attack turned out to be a false alarm and he probably just had an insane bout of acid indigestion or something. He was able to figure out where his missing wallet went after reviewing the CCTV footage, which also sees Kuegler looking at 2-5 years in prison for being an absolute opportunist cunt.

â˜› Watch Next: Is This The Worst Thief Of All Time?