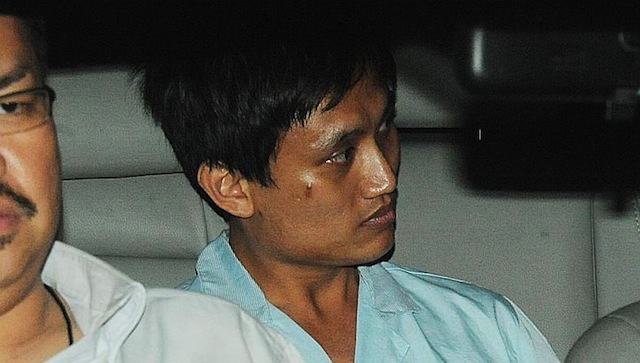 Singapore man high on mystery drug went ‘temporarily insane’ and stabbed his own mum to death, believing she was a genie.

I use the word ‘crackhead’ as a general term, because no one seems exactly sure what this guy was on. Whatever it was though he was buzzing so hard that it led him to believe that his mum was a ‘genie’, prompting the Singapore man to stab her to death.

Mohamed Redha Abdul Mutalib was acquitted of murdering his mum — a teacher — on grounds of temporary insanity, and he’s being kept in safe custody in Changi Prison until they decide what to do with him.

What’s really mind-boggling about this is why he would murder his mum if he thought she was a genie? Hasn’t this guy seen Aladdin? Genies are the best thing that can happen to a person. He could have just wished for infinite amounts of whatever drug he was doing and been on his way.  Or maybe go the complete opposite way and wished he wasn’t a drug addict on the streets of Singapore. Pretty much anything he could have done would have been better than stabbing the genie to death.

But craziest of all is the face he got acquitted on grounds of being ‘temporarily insane’. Seems the authorities in Singapore feel they are in a moral conundrum on this one. Bizarre.

â˜› Up Next: Student Takes Mephedrone, Stabs Mum, Then Cut Off His Own Penis