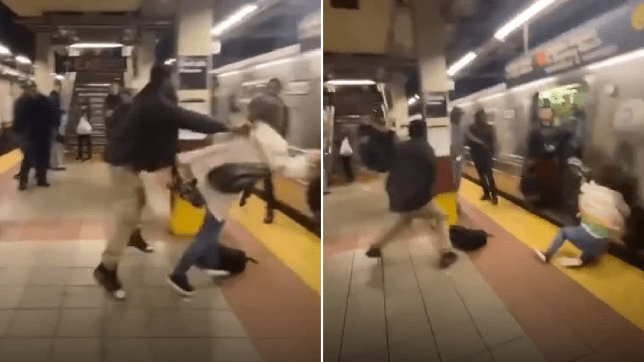 Everyone knows the New York subway is one of the grimiest, most NSFL places on the planet, and this week it was proven again when this amped-up psycho shoved an unsuspecting random woman into the side of a train.

The clip is from Dekalb Avenue station in Brooklyn and police are now asking for the public’s help in locating the suspect:

Police told AmNewYork that the pusher jumped onto the subway tracks and ran down the tunnel after the attack, which is a pretty wild thing to do.

One Twitter user seemed to recognise him as a local troublemaker:

I’ve seen this man before.

He did the same exact thing a few month back on the actual train.

He barrelled into a dozen people and started saying “So! So! SO! I NEED MY MONEY!

Sounds like someone you do not want to run into on public transport. Bit like the creeps and weirdos featured in our weekly Subway Creatures round-up.