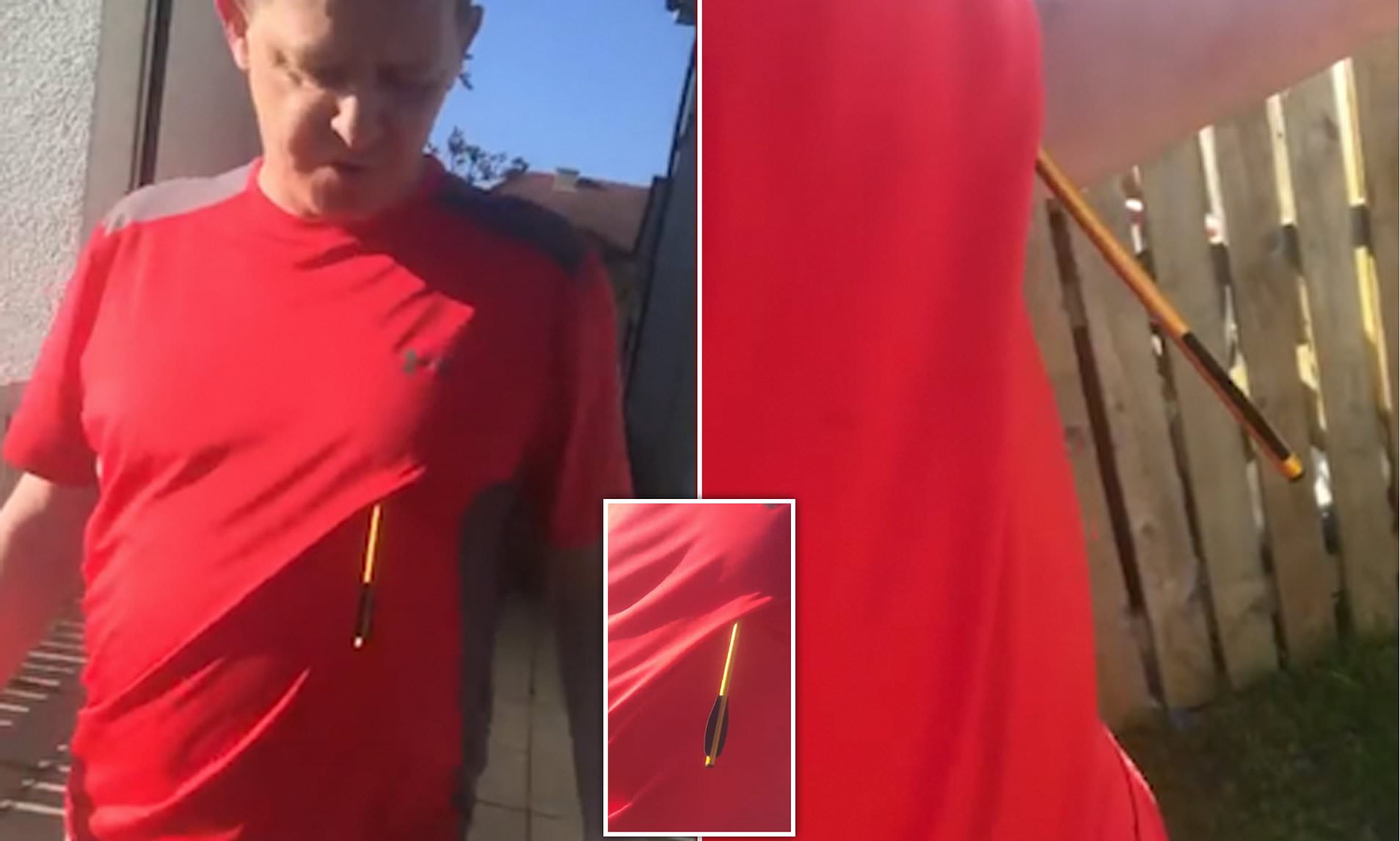 People murder their neighbours all the time, but how often is the murder weapon a crossbow? That was the unique weapon choice for a man named Ralph Muir when he attempted to kill neighbour Shaun Reynolds in Bathgate, West Lothian the other day.

Ralph yelled ‘I’m not leaving here until you’re dead’ and then later told police that he wanted to ‘murder the people’ apparently causing him grief in his neighbourhood.

Here’s how Shaun ended up after the attack:

Man shot in the chest with a crossbow after dispute with neighbour, Easterhouse Glasgow 😲😲😳 pic.twitter.com/E7YBohKu3N

Luckily for Shaun the arrow got lodged in his fat and apparently he yanked it out and was OK. To be honest he doesn’t even look too bothered about being shot with a crossbow which is a pretty embarrassing result for Ralph after all that yelling about ‘I’m not leaving until you’re dead’. Gonna take more than one arrow to take down your average Scottish badass on high saturated fat Scottish diet.

As for Ralph he was arrested and police found a haul of weapons in his home including three crossbows, a chainsaw, a baseball bat and a knife. Good job they don’t have guns up there eh?

For the man who threatened to kill his friend with a crossbow over a $10,000 flat Earth bet, click HERE. What a loon.